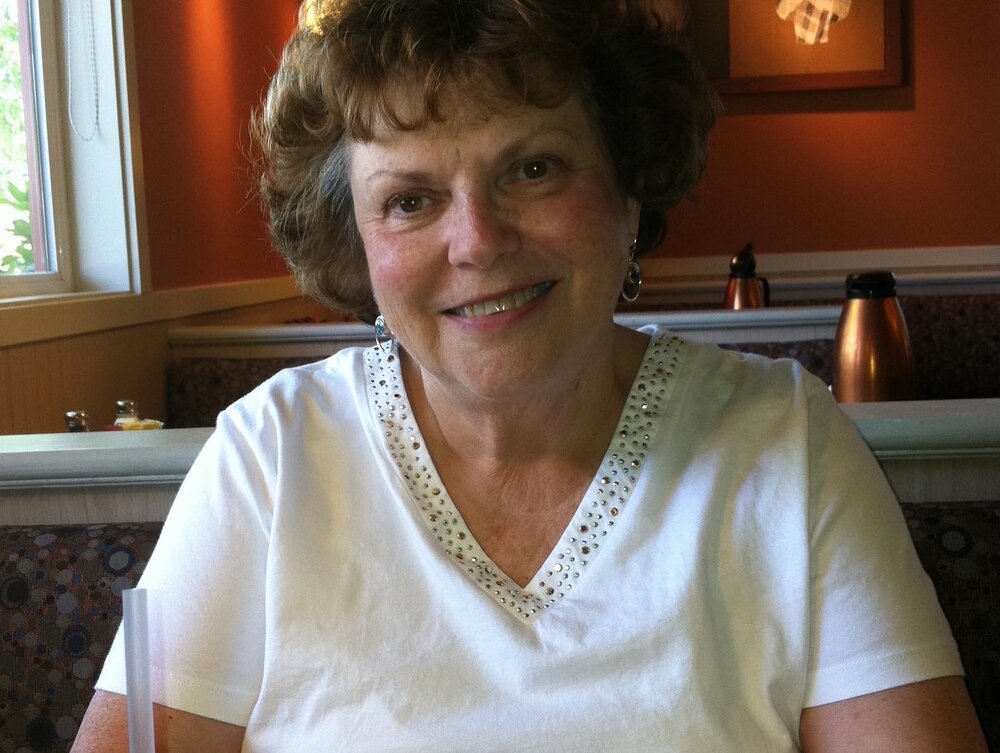 Please share a memory of JoAnn Barbara to include in a keepsake book for family and friends.
View Tribute Book

JoAnn Barbara Benjamin Kling passed away peacefully at home on the the evening of December 21, 2022 of complications from Alzheimer's disease.  Her husband Jerry was by her bedside.

JoAnn was born in Paris, Texas on July 28, 1943.  She later lived in Berlin, NH, Pittsburgh, PA, Butte, MT, and Missoula, MT before moving to Roanoke, VA in 1993 with her husband Jerry to help take care of her ailing mother.

JoAnn graduated from Girl's Central High School in Butte in 1961 and then attended the University of Montana in Missoula.  Jo Ann got to know Evel Knievel, the motorcycle stunt rider as he was taught in high school by her mother.  Jo Ann loved her fire batons that she twirled in Buttes annual Fourth of July Parade.  She took figure skating classes at the Butte Civic Center.  JoAnn loved Butte and attended her 50th high school class reunion in 2011 with over 100 of her classmates.

JoAnn had a passion for creating arts and crafts, especially painting primitive art on wood, metal and found objects.  She was fond of quilting and needle work, especially needle point.  She and her craft buddies made many trips out of town to quilt shows.  She belonged to two quilt guilds and an embroidery guild.  On vacation, she never passed a craft shop without stopping and once convinced her husband Jerry to drive 50 miles out of their way to stop at a quilt shop.  JoAnn was known for her infectious giggle and laugh and could always be found in a crowd.  She loved people and people loved her.

JoAnn was preceded in death by her father, Ben; her mother Bernice and her sister Carol.  She is survived by her husband, Jerry; and daughter, Vicki (Tim) Todd; two grandchildren, Jaci and Billy; one great grandchild, Penelope; and her brother-in-law, Charley.

JoAnn and her husband Jerry were married for over 56 years.  She worked at Good Samaritan Hospice for 16 years before retirement

Because of COVID and the flu, there will be no funeral services in Roanoke but a celebration of life in Brier, Washington where her daughter lives, at a later date.  Please, no food or flowers.  If you feel inclined to give, please donate to the Alzheimer's office:  Roanoke Office 3959 Electric Road Suite 357 Roanoke, VA  24018 540 345-7600 annette.clark@alz.org.  Arrangements by Simpson Funeral Home.

A Memorial Tree was planted for JoAnn Barbara
We are deeply sorry for your loss ~ the staff at Simpson Funeral Home & Crematory, Peters Creek Road Chapel
Join in honoring their life - plant a memorial tree
Online Memory & Photo Sharing Event
Online Event
About this Event