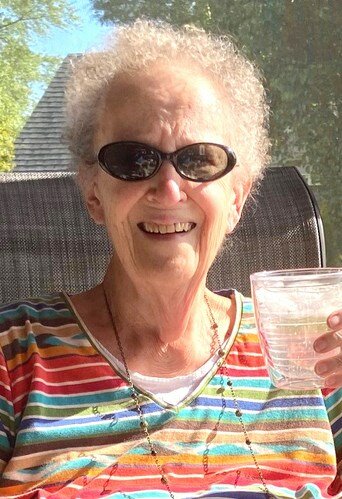 Please share a memory of Marianna to include in a keepsake book for family and friends.
View Tribute Book

Marianna Young Fanning, 86, of Roanoke, went home to be with the Lord, on Wednesday, January 4, 2023. She was born on December 3, 1936, in Clarksburg, W.Va., to William A. Young and Mary Reeder Young. She was preceded in death by her parents and brother, David Hamilton Young.

Marianna graduated from Buckhannon Upshur High School and attended West Virginia Wesleyan College. As a stay-at-home mother in southern WV, she was very active in the Junior Woman's Club and the American Cancer Society.

In lieu of flowers the family suggests that memorials be made to Northview United Methodist Church, 521 Ridgecrest Drive, Roanoke, VA 24019.

A memorial service will be conducted 2 p.m. Saturday, January 7, 2023, at Simpson Funeral Home, 5160 Peters Creek Road, by Pastor Doug Sasser. The family will receive friends one hour prior to the service.

A Memorial Tree was planted for Marianna
We are deeply sorry for your loss ~ the staff at Simpson Funeral Home & Crematory, Peters Creek Road Chapel
Join in honoring their life - plant a memorial tree
Online Memory & Photo Sharing Event
Online Event
About this Event

Look inside to read what others have shared
Family and friends are coming together online to create a special keepsake. Every memory left on the online obituary will be automatically included in this book.
View Tribute Book
Share Your Memory of
Marianna
Upload Your Memory View All Memories
Be the first to upload a memory!
Share A Memory
Plant a Tree
Contact