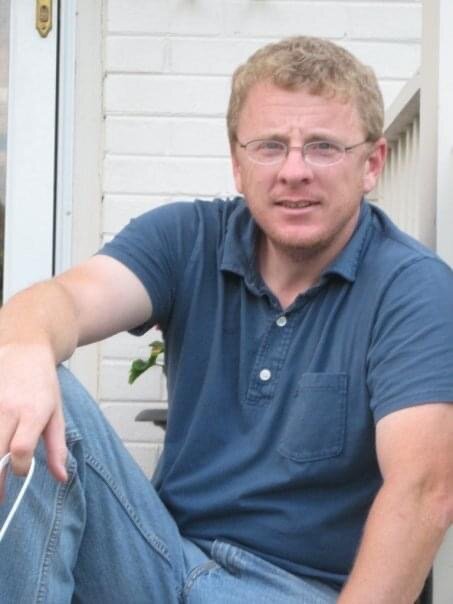 Please share a memory of Larry to include in a keepsake book for family and friends.
View Tribute Book

Dan was many things to many people--a helping hand any time someone asked, a caring son who always looked after his family and especially his mom, a music lover, a voracious reader and learner, a brother who relished time with family, a doting uncle who loved his three nieces and one nephew, a champion debater who would never miss an opportunity to argue over the most trivial of topics, and almost assuredly the most intelligent person any of us have ever met.

Danny was an unconventional soul, living life in his own way and on his own time. He wasn’t beholden to the usual measures of success so many of us spend time pursuing. His work career was varied--news cameraman, sandwich chef, coffee shop manager, security guard, and more.

But it’s his most important job that says the most about who Dan was. After 9/11, Dan believed deeply in the mission of our military. And being single and without children, just before his 35th birthday in 2005, he volunteered for the Army to be part of that mission. In Army terms, he was an old man, but he went. Despite the family suggesting he consider requesting being part of Army intelligence, he wanted to be infantry. He went because he could, and so that someone else with a spouse and kids wouldn’t have to. He went because he wanted to be part of something good. He went because he was needed, and wherever he was needed Danny would always be there.

Beyond his desire to help, Danny was also guided by his strong Christian faith. He wasn’t flashy about it but it was a foundational part of his life, and a reflection of the strong faithful leadership of his parents Larry and Linda. Danny’s faith gave him strength and comfort in both the good times and hard. And now it gives the family solace that he is at home with his savior, and we will see him again one day.

We’re going to miss everything about Danny Dudley, because all of the traits made him the special brother, son, and friend he was. We’ll miss the great debates, and the hugs. We’ll miss the smiles, his fantastic steaks, and just Danny being a great guy to spend time with. We’ll miss giving him grief when he was late to some event. And we’ll miss having him around to just talk to and spend time with. We’ll miss forming new Danny Stories--but there’s no doubt we’ll keep sharing the many, many, many Danny Stories collected over the years.

Danny is survived by his mom, Linda Edmonds Dudley; his three siblings--Kathryn (and John) Aldridge, Jim (and Mary) Dudley, and Michael (and Laura Higgins) Dudley; his nephew Jackson Aldridge; his nieces Abigail Aldridge, Amelia Aldridge, and Iris Dudley; and the many, many close-knit uncles, aunts, cousins, and friends that he loved so very much.

In lieu of flowers, to honor Danny's life and friendship, please consider donating to the Blue Ridge Women's Center, the Wounded Warrior Project, or Cave Spring Baptist Church. Services celebrating Danny’s life will be held on Friday, January 6, 2023 and all services are open to family and friends who would like to attend.  A graveside service with military honors will take place at 10:00 a.m. Friday in the Southwest Virginia Veterans Cemetery 5500 Bagging Plant Road Dublin, VA. Following the graveside service the family will gather at Cave Spring Baptist Church 4873 Brambleton Avenue Roanoke where they will receive friends from Noon until 1:00 p.m. A celebration of Danny's life will follow the receiving of friends at 1:00 p.m.  A lunch will follow for those who would like to join us.    Arrangements by Simpson Funeral Home.  540-366-0707

Look inside to read what others have shared
Family and friends are coming together online to create a special keepsake. Every memory left on the online obituary will be automatically included in this book.
View Tribute Book
Share Your Memory of
Larry
Upload Your Memory View All Memories
Be the first to upload a memory!
Share A Memory
Plant a Tree
Contact