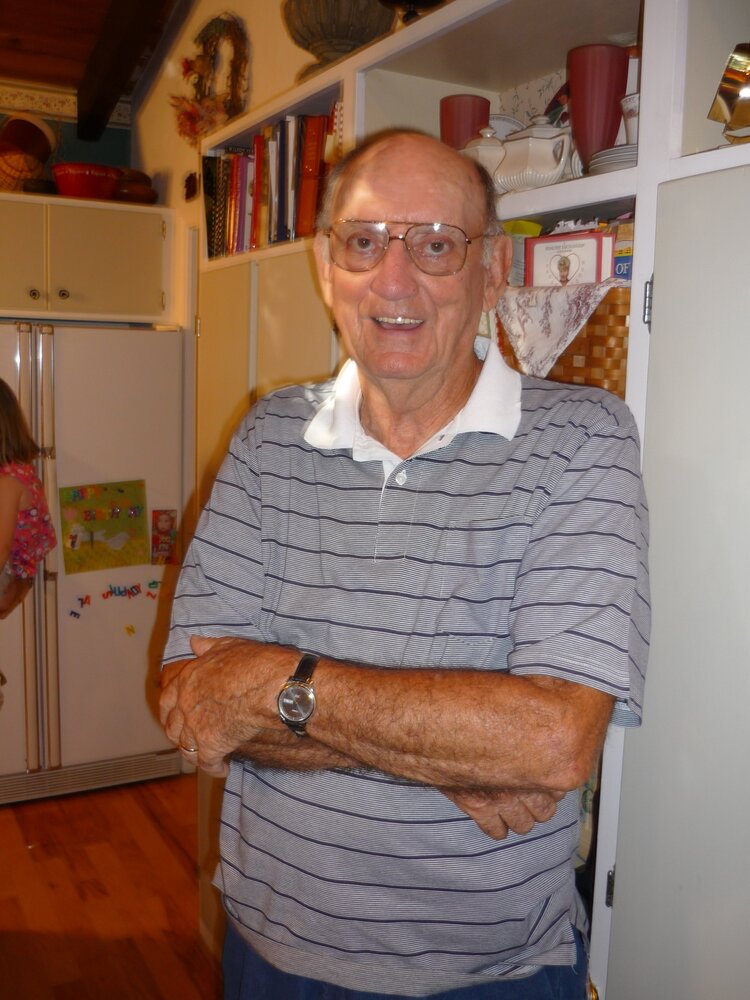 Please share a memory of Kenneth to include in a keepsake book for family and friends.
View Tribute Book

Kenneth Owen Surbaugh, 94, of Roanoke, passed away on October 17, 2022 at Roanoke Memorial Hospital. He was born on October 5, 1928 in Meadow Creek, WV, one of ten children. He was preceded in death by his parents, John and Mary Elizabeth Surbaugh, and his siblings Richard Surbaugh, Ralph Surbaugh, Chester Surbaugh, Virginia Hall, Joyce Lily, Gloria Harrah, and Mabel Surbaugh.

Ken left school after the eleventh grade to care for his widowed mother, but not before winning the highest math award for the State of West Virginia. During World War II he spent a summer in Indiana where he lived in a boarding house and worked in a ketchup factory while sending money home to his mother. Ken served in the US Air Force from 1949 to 1952, spending 21 months in Korea as a radio operator and earning his GED. He then went to work as a telegraph operator for the C&O Railroad in Thurmond, WV, where he met Shirley McGuffin, his wife of nearly 67 years. After a stint with Smith’s Transfer in Princeton, WV, he went to work for IBM in 1961 and moved his family to Roanoke. He spent 29 successful years with IBM as a customer engineer, winning multiple awards for customer service and expertise. He was a client favorite due to that expertise as well as his good humor and outgoing personality.

Ken spent his later years enjoying his retirement—fishing, playing golf, working in his garden, visiting his buddies at the VFW, and enjoying his family and friends. He especially loved spending time with his son Greg and his grandchildren CJ and Alex. His and Shirley’s cross-country trips to visit them in Missouri and Texas were legendary among their friends.

In lieu of flowers the family suggests that memorials be made to the Salvation Army of the Roanoke Valley.

Look inside to read what others have shared
Family and friends are coming together online to create a special keepsake. Every memory left on the online obituary will be automatically included in this book.
View Tribute Book
Share Your Memory of
Kenneth
Upload Your Memory View All Memories
Be the first to upload a memory!
Share A Memory
Plant a Tree
Contact