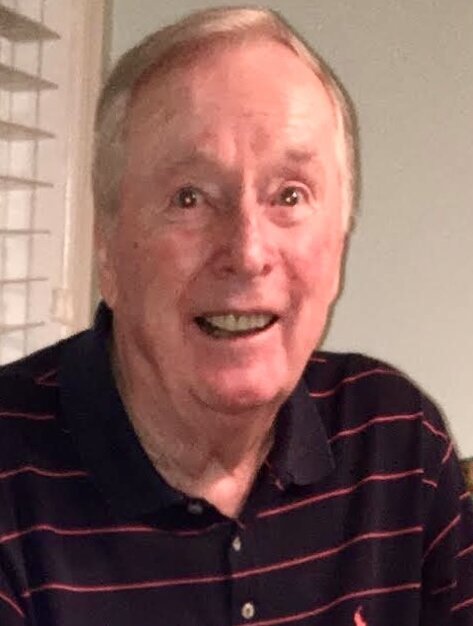 Please share a memory of Gerald to include in a keepsake book for family and friends.
View Tribute Book

Born in Saint Louis, Mo, on December 8, 1938, to Alice Bridget Mogan and John Joseph Ryan, Jerry grew up in nearby St. Ann in a large and loving family, which included his brother, Joseph, and sisters, Mary Alice, Nancy, and Ellen.

Jerry was a lifelong Catholic and a graduate of St. Gregory’s School and Christian Brothers College in St. Louis. He began his career in finance and accounting with the Wabash Railroad in St. Louis and, later, with Norfolk & Western Railway when the two railroads merged. In 1964, he moved to Roanoke, Virginia, where he met his future wife, Jeanette Rakes, who also worked for Norfolk & Western. They married in 1967 and made their home in north Roanoke, where they raised a family. A lifelong golfer, Jerry was a member of the VSGA and Botetourt Country Club, where he won several tournaments after his retirement in 1993. He and Jeanette also enjoyed traveling, especially to the beaches of South Carolina and Florida. Jerry also coached sandlot soccer for several years in Roanoke County and Vinton.

A graveside service for family and friends will be officiated by Monsignor Patrick Golden on Saturday, December 17, at 11:30 am at Blue Ridge Memorial Gardens, 5737 Airport Road NW. Friends are also invited to join the family at 1:30 pm at the Hotel Roanoke’s Pine Room. Instead of flowers, the family would welcome donations to the Bon Secours Community Hospice House, 1133 Old Bon Air Road, Richmond, VA 23235.

Look inside to read what others have shared
Family and friends are coming together online to create a special keepsake. Every memory left on the online obituary will be automatically included in this book.
View Tribute Book
Share Your Memory of
Gerald
Upload Your Memory View All Memories
Be the first to upload a memory!
Share A Memory
Plant a Tree
Contact