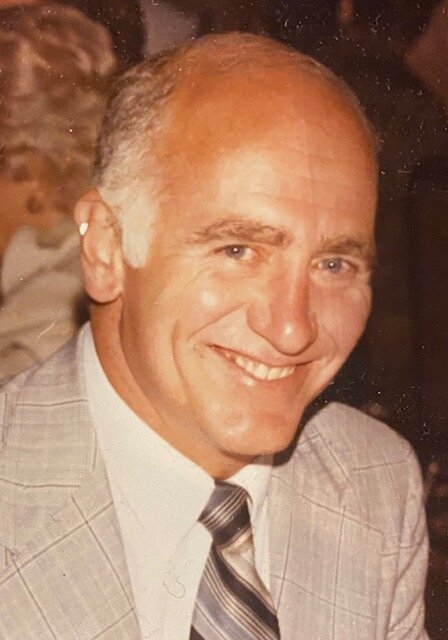 Obituary of Richard A. Hamilton

Please share a memory of Richard to include in a keepsake book for family and friends.
View Tribute Book

Richard Alan Hamilton, 85, beloved husband of Heather Spillane Hamilton, passed away on Tuesday, November 15, 2022 at his home with his family and adoring wife by his side. He was born in New Hartford, New York and was the son of the late William and Sylvia McAdams Hamilton. He was also preceded in death by his siblings, Bill Hamilton, Ross Hamilton and Neva Fisk.

Richard was a graduate of Colgate University and a proud brother to all at Phi Gamma Delta.  He cherished his brothers and maintained close friendships throughout his life.  At Colgate he was an excellent multisport athlete competing in football, wrestling, boxing and lacrosse.  He was most proud of his selection to be an All American in lacrosse.

He served as an Army reservist for several years and had a deep love for his country.    He was a dedicated and loyal employee with New York Telephone for 32 years prior to his retirement.   He was elected to be the President of the Adirondack Empire Chapter #58 of Telephone Pioneers of America.

Richard was an avid golfer for most of his life and also enjoyed playing gin with his buddys  at the Roanoke Country Club which he was a member of for 25 years.

In 1984 he was the Advance Coordinator for the Torch Run for the 1984 Olympics.  In this role he coordinated the torch run on the first day out of New York City and then proceeded to the pacific coastline to ensure the smooth progression of the torch from Oregon into California.  He was deeply honored to be able to run a segment and carry the torch which he was later gifted.

Richard was a friend to all.  Always willing to lend a helping hand to a friend or neighbor in need with his lets get it done approach to life  He had a dynamic and big personality and you always knew when he entered a room.  He loved to tell colorful and humorous stories and leave everyone with a laugh and a smile.

He was completely devoted to his loving wife Heather S. Hamilton for 60 years. They lived a beautiful and fulfilling life together and always made each other smile.  He showed his appreciation for her beauty and fantastic cooking every single day of his life.   He cherished her  and was incredibly proud to call her his wife.

Family was the most important part of his life and he was incredibly proud of his children and his grandchildren who he cherished. He was always there to support and encourage us, help us problem solve and remind us that we can do anything we put our minds to.

In addition to his loving and devoted wife, he will be deeply missed and remembered by his children, Bill Hamilton (Julie), Kirsten Degonzague (Michael) and Lisa Hamilton; grandchildren, Sean, Caroline, Daisy, Jordin and Bella; close friend Doug Porter.

Memorial services will be held at 2 pm on Wednesday, December 14, 2022 in the Chapel of Simpson Funeral Home, 5160 Peters Creek Road. The family will receive friends one hour prior to the service. There will be a reception following the service.  Internment will be private.

The family would like to say a special thank you to Doug Porter for his kindness and care through the years.  We would also like to thank the staff and nurses at Brandon Oaks and of Good Samaritin Hospice for the incredibly compassionate care.

A Memorial Tree was planted for Richard
We are deeply sorry for your loss ~ the staff at Simpson Funeral Home & Crematory, Peters Creek Road Chapel
Join in honoring their life - plant a memorial tree
Print
Online Memory & Photo Sharing Event
Online Event
About this Event