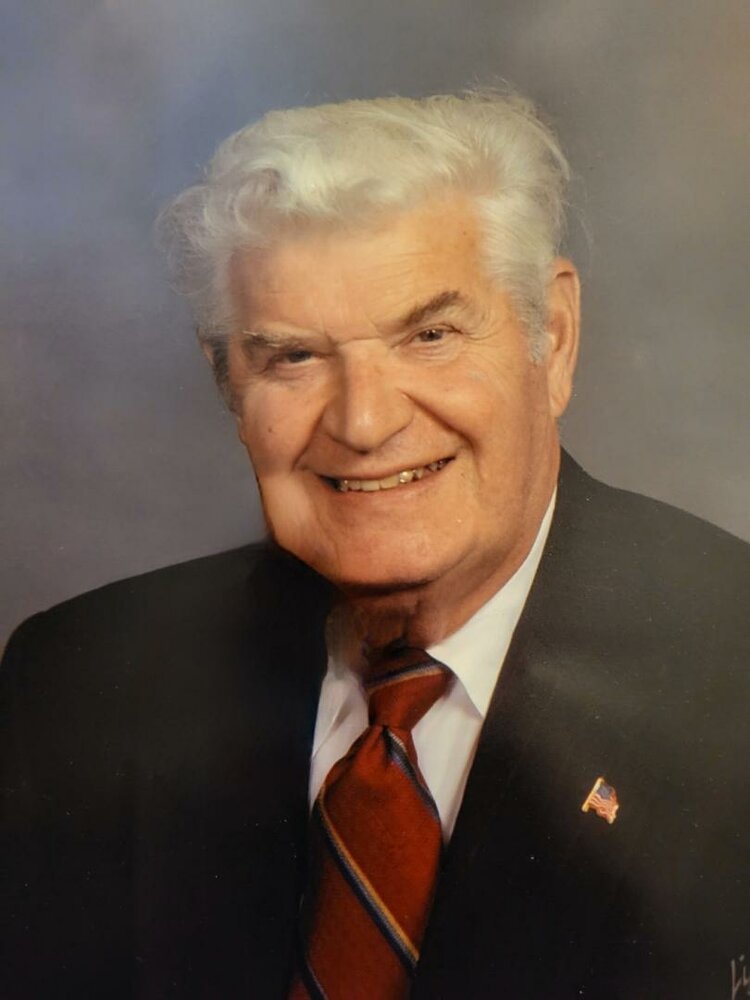 Please share a memory of Bernard to include in a keepsake book for family and friends.
View Tribute Book

He was preceded in death by his wife of 40 years, Beverly J. Odasz and a brother, Bob Odasz.

Born in Schenectady, NY, Bernie was a stellar high school athlete. Following high school, he spent 3 years playing in the Brooklyn Dodgers Organization before serving as an Army Airborne Ranger in Korea. Following the military, he began his career with General Electric in Schenectady in 1953 and transferred to Salem when the plant was opened here. He became a subsection manager, then manager of the Charlottesville plant and Puerto Rico operations. He retired from the Salem plant of General Electric in 1988.

He was an active member of Lady of Nazareth Catholic Church for 40 years and Church of Transfiguration since 1995. He was very active in the Knights of Columbus, serving as Grand Knight, Faithful Navigator, and District Deputy. Bernie had a deep love for his family and he was also very caring towards others, especially senior citizens. He volunteered for over 30 years to do free tax preparation with LOA and then with AARP Tax-Aide. He enjoyed working with the Little League in Roanoke County and surrounding areas. He was an umpire and mentor for many years including the Men’s League. He had a great love of nature and loved hunting and fishing. In 1995 he realized his dream of owning a farm when he and Susan moved to Botetourt County.

Bernie had a life-long love of traveling and has been to almost every state. This love of traveling continued after he and Susan were married and took them to places such as Alaska, Hawaii, and Russia, not to mention 5 mission trips to Zimbabwe.

In lieu of flowers, please consider making a donation to the Botetourt Worship and Outreach Center or the Botetourt Resource Center.