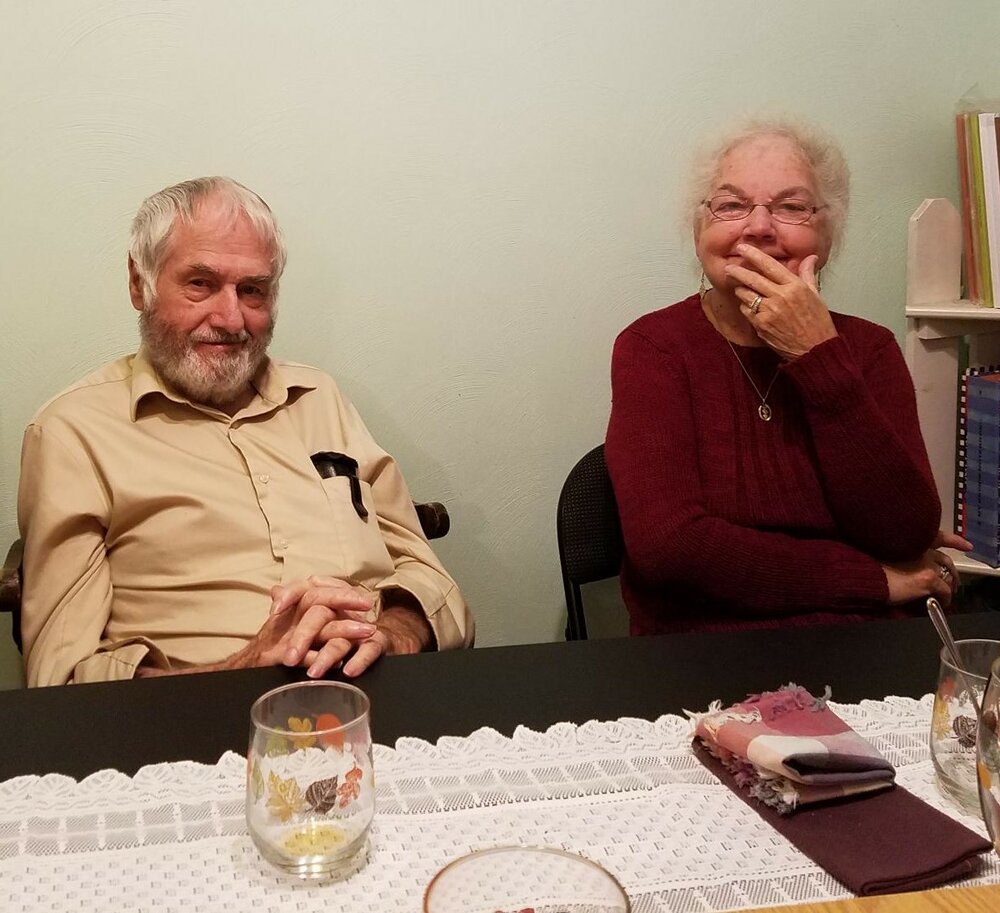 Obituary of Charles and Shirley Nichols

Please share a memory of Charles and Shirley to include in a keepsake book for family and friends.
View Tribute Book

After 68 years of marriage, they left this world to be with the Lord and their loved ones who preceded them in death.  They met as teens in God’s country in Bedford Va.  They eloped to Hickory NC to be married.  He wanted to be a race car driver but she put a stop to that.  He ended up being a truck driver for Webster brick in their hay day.  He got hired on at Kroger and almost was killed there when someone threw a mortared brick off of an over pass through the cab of his truck.  He retired from Kroger and after lying on the couch for a year or two, he got hired on by Krispy Kreme. Delivering fund raisers.  That was the job he loved the most.  He survived colon cancer in his seventies and came back from a broken femur when he was 85.  She carried on the cooking tradition passed down from her mom and her mother in law.  If you were one of the lucky ones who tasted her bacon grease corned beef gravy, bacon, sliced tomato and biscuit breakfasts, you were in her family circle and she loved you with all her heart.  She worked in the food industry.  She ran the snack bar at Woolco, the snack bar at Richfield and worked at K & W  until they fussed at her for putting too much salad in the bowls.  She would tell you raising her kids, grand kids and great grand kids gave her more joy than anything in this world.  They loved bingo and she loved the slot machines.  She would play the same machine for hours building it up and playing off the winnings.  The only time she would change is when he went to the bath room so she could gamble without him looking over her back as it took him a while to find her.  She survived several near death allergic reactions to codeine and lived with dementia the last five years of her life.  If they could tell you they would say they had a good long joy filled life because of the grand kids and the great grand kids.  Family was everything to them.   Please join us at their memorial service to celebrate their life.

Service will be at Cross Pointe Church

Look inside to read what others have shared
Family and friends are coming together online to create a special keepsake. Every memory left on the online obituary will be automatically included in this book.
View Tribute Book
Share Your Memory of
Charles and Shirley
Upload Your Memory View All Memories
Be the first to upload a memory!
Share A Memory
Plant a Tree
Contact