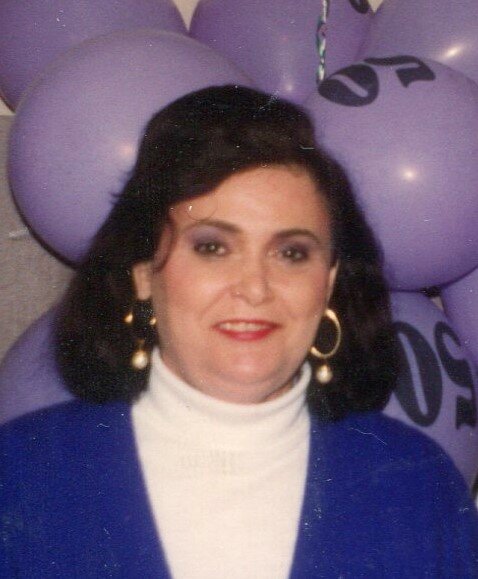 Please share a memory of Joan Ann to include in a keepsake book for family and friends.
View Tribute Book

She was the daughter of Fred A. Duncan Sr. and  Avalee Duncan Atkins; and step father, Munsey Atkins, who all preceded her in death. Also preceding her in death was her four day old son, David in 1968; her sister, Mary Ellen Williams Carneal and her first husband, Richard Williams; her sister, Jean Jamison and husband, Jerry Jamison; and her sister, Patricia Dickenson and former husband, John Dickenson Sr.

Joan is survived by her husband, Arthur Winters; beloved son, Harvey Howell and wife, LouAnn; grandson, Corey Howell; and former husband, Glen Howell. Also surviving is her cherished brother, Fred A. Duncan Jr. and his wife, Patricia (who was like her fourth sister); and a brother-in-law, Rocky Carneal. Joan had many nieces and nephews who will miss her dearly.

Joan grew up in Galax, Va. with her brother and sisters.  She graduated from Galax High School in 1962, and while there she was a member of the BETA Club, French Club, FHA, Glee Club, Choral Society, and was cheerleader captain, Key Club sweetheart, Homecoming Queen, as well as voted “most popular” in her senior year.  She was also named Miss Grayson County in 1960.

She attended Radford University, and while there met Glen Howell, whom she married in 1964.  From this union came Harvey and baby David.

Joan worked as a medical transcriptionist and retired from the Carilion Health System after 23 years of service.

In Joan’s life, she found joy in singing in church and several choral groups, shopping with her sisters, cooking, and tapping into her creativity by making wreaths, flower arrangements, cards, and putting together beautiful outfits.  She crafted her dining room table with elegance for dinner parties for family and friends.

In the later years of Joan’s life, she battled multiple illnesses, but always kept a positive outlook while trusting in the Lord.

In lieu of flowers the family requests that memorials be made to the American Cancer Society.

Look inside to read what others have shared
Family and friends are coming together online to create a special keepsake. Every memory left on the online obituary will be automatically included in this book.
View Tribute Book
Share Your Memory of
Joan Ann
Upload Your Memory View All Memories
Be the first to upload a memory!
Share A Memory
Plant a Tree
Contact