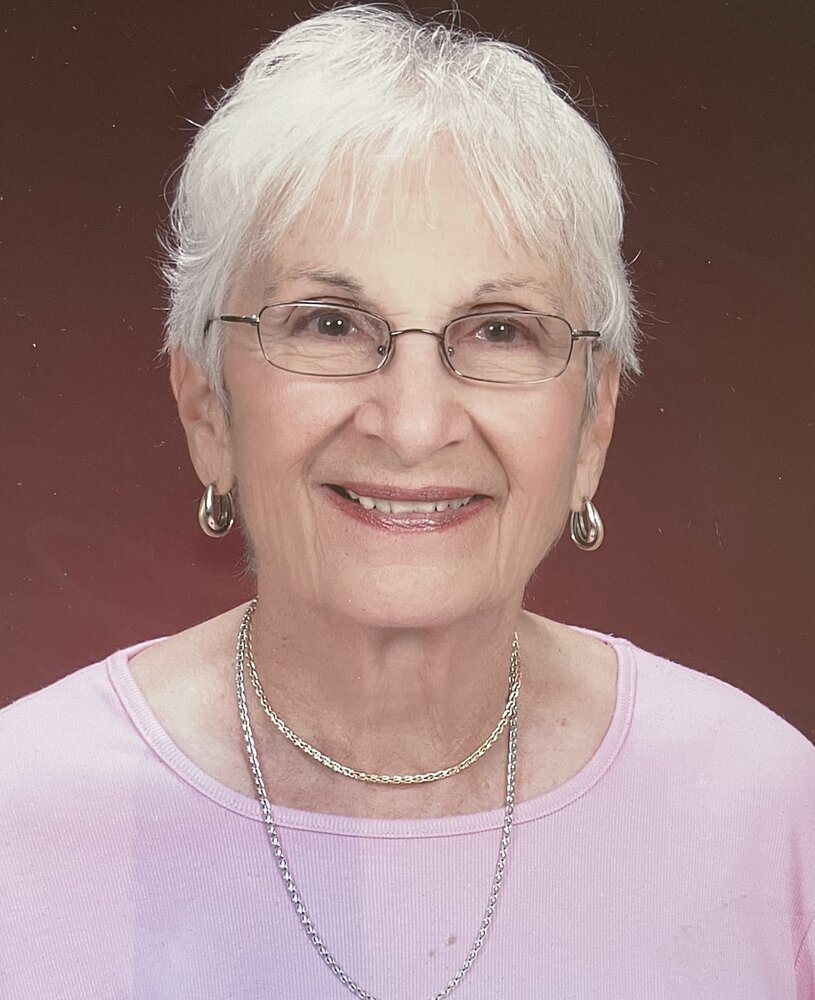 Please share a memory of Caryl Ann to include in a keepsake book for family and friends.
View Tribute Book

Caryl was born in Allentown, Pa. and graduated from Syracuse University in 1945 at age 19.  She married Arthur Charles Solomon in 1947 and taught while he was in Podiatry School.  In 1948 they moved to Roanoke.

Caryl considered herself a Humanist - affirming the dignity of each human being, supporting individual liberty and promoting social and environmental responsibility. Caryl was an admirer of Ruth Bader Ginsburg. She promoted tolerance and inclusivity.  She was proud that her mother was active in the fight for women’s suffrage.

Caryl was past President of Temple Emmanuel Sisterhood.  She volunteered reading to the blind, visiting the V.A. Psychiatric patients, teaching students to read and she wrote articles for the Brandon Oaks Acorn.

Caryl loved gardening, birdwatching (joining the Roanoke Bird Club in the 1970s), reading, playing golf, the arts, playing duplicate bridge and world traveling.  She was a life master bridge player and loved to travel with her sister Gertrude, her devoted twin brother, George, as well as her children and grandchildren.

Caryl was proud of her children’s and grandchildren’s accomplishments.  She loved spending time with family and friends.  She provided a great role model as she was tenacious, well organized and a woman of integrity.  She had a dry and witty sense of humor and her memory amazed everyone.

Caryl was always physically as well as mentally active.  In addition to playing golf until 87, she completed a 5k for breast cancer awareness in her mid 80’s with her son, Robert.  She played bridge into her 90’s.  Up until her final days she could be seen daily walking loops around Brandon Oaks, admiring the flowers and chatting with friends and dogs along the way.

The family wants to give a special thanks to her loving caregivers, Brenda and Judy and the entire team at Brandon Oaks as well as Good Samaritan Hospice.

In lieu of flowers, the family kindly requests donations be made to Ram House, Rescue Mission of Roanoke or Habitat for Humanity.

A Memorial Tree was planted for Caryl Ann
We are deeply sorry for your loss ~ the staff at Simpson Funeral Home & Crematory, Peters Creek Road Chapel
Join in honoring their life - plant a memorial tree
Online Memory & Photo Sharing Event
Online Event
About this Event

Look inside to read what others have shared
Family and friends are coming together online to create a special keepsake. Every memory left on the online obituary will be automatically included in this book.
View Tribute Book
Share Your Memory of
Caryl Ann
Upload Your Memory View All Memories
Be the first to upload a memory!
Share A Memory
Plant a Tree
Contact