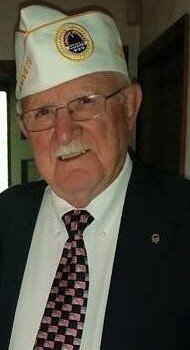 Please share a memory of Eugene to include in a keepsake book for family and friends.
View Tribute Book

Eugene Lewis Full of Troutville,Virginia left for Heaven on September 25, 2022 after a brief illness, at the age of 90. He was born on October 7,1931 in Parkersburg, West Virginia to the late Homer Lewis & Velma Hurd Full.

The son of a dairy farmer and a schoolteacher, he and his six siblings were instilled with a strong work ethic. He always cherished those years with his family and went back home every year to visit. He left home in 1951 to serve his country and joined the U.S. Navy. He served for 20 years and retired as Chief hospital corpsman, HMC E-7, graduating with honors in neuro-psychiatry.  He was stationed in Portsmouth, Virginia; Long Beach, California; and Yokosuka, Japan. He also served on the USS Haven, USS Picking, and USS Willard Keith, where he received numerous outstanding commendations for his professionalism and devotion to detail in counseling crew mates and operation readiness. He worked diligently incorporating psychiatry into naval hospitals.

After retirement from the Navy, he received an Associate’s Degree from Tidewater Community College. He worked at Tidewater Psychiatric Institute in Norfolk, Virginia as Director of Rehabilitation until he retired after 15 years of service. He then accepted a job as an administrator for the Virginia Department of Health for the Northern Piedmont Region and retired after nine years of service.

Gene officially retired three times, yet always had time for his family and friends.  He started several local businesses. He opened New York Sub Shop in the Roanoke Downtown Market with his son Phillip. He then started Black Cat Skate Shop in downtown Salem with his son Doug. He was very active in these businesses, and they were very rewarding for him.

In 2002, he joined the AMVETS, Post 40 of Roanoke, where he served as past Post and Department Commander and was also on the National Service Foundation. He remained active until his death.

Even through all of his service to others, he always had time for his family and friends; coaching baseball, basketball, serving as President of the Deep Creek midget football association, as well as being on the board of Deep Creek boys baseball.

He loved gardening, bonfires with family and Coors Light.  His constant positive attitude, wise words, jokes and the twinkle in his eye will be missed forever.

Out of all of his accomplishments, he was most proud of his family.

He is survived by his sister, Carrie Gorrell, and five children, Michael Full (Judy), Anthony Full (Mary), Robin Weis (Brett), Douglas Full (Tammy), and Phillip Full (Bonnie).  He was so proud of his 17 grandchildren, and 21 great grandchildren. He is also survived by several beloved nieces and nephews. Hazel Full Thompson, special friend, and mother of his four eldest children.

There will also be a memorial service and celebration of life on Saturday, October 8, 2022 at 3 p.m. at the home of Harold & Neva Bock: 1507 Ball School Rd. Parkersburg, WV.

A Memorial Tree was planted for Eugene
We are deeply sorry for your loss ~ the staff at Simpson Funeral Home & Crematory, Peters Creek Road Chapel
Join in honoring their life - plant a memorial tree
Online Memory & Photo Sharing Event
Online Event
About this Event

Look inside to read what others have shared
Family and friends are coming together online to create a special keepsake. Every memory left on the online obituary will be automatically included in this book.
View Tribute Book
Share Your Memory of
Eugene
Upload Your Memory View All Memories
Be the first to upload a memory!
Share A Memory
Plant a Tree
Contact