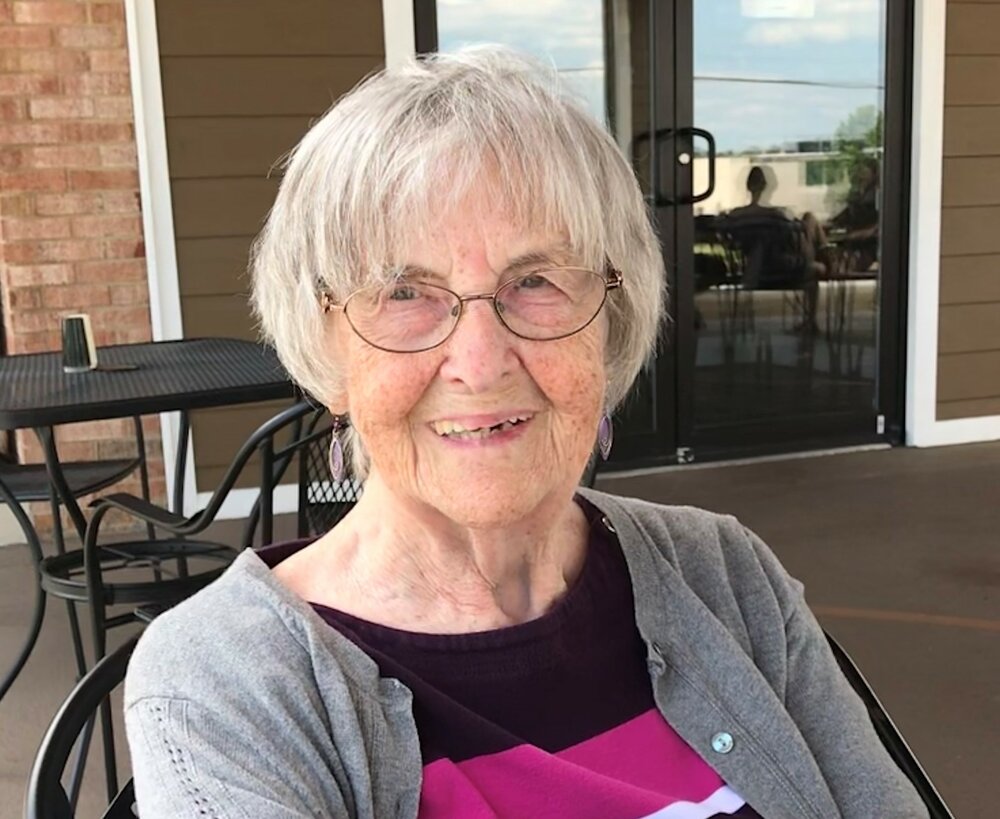 Please share a memory of Jeanice to include in a keepsake book for family and friends.
View Tribute Book

Jeanice Levesque, 90, died September 24, 2022 after a long struggle with dementia.  She was born in Oakfield, Maine September 20, 1932 and was proud to be from The County.  Her parents were Frank and Annie Bryant.  She lived for many years in Bangor and Orono, retiring to Milbridge in 1997.

During the 1950’s, Jeanice worked in the offices of WABI. This was back in the early days of television, when everything was done live. She had many fond memories of that time, including doing live ads, helping with the Christmas Daddy shows, and generally having fun with her coworkers. She then went on to work at the stock brokerage firm Tucker, Anthony and RL Day (which had a different name at the time) and was the operations manager there for many years. No matter what operations question anyone had at the office, she knew the answer.  Her smarts and wit were legendary.

In retirement, Jeanice and her husband Gilbert moved to Milbridge, fulfilling her lifelong dream of living on the coast. These were some of her happiest days. She did many oil pastel drawings, volunteered in the library at the elementary school, became a member of the Friends of the Milbridge Public Library, worked in the library’s paperback room, made many friends, and generally enjoyed living in a house with an incredible view of the water.

After Gil’s sudden death, she and her devoted cat Zippy moved to Roanoke Virginia to live with her daughter and son-in-law, Jayne and Steve Vest. She is survived by them as well as her granddaughter Emma Vest.

The last two years, Jeanice spent in memory care at Richfield Living’s Roanoke location, where she kept the staff and other residents entertained with her repertoire of songs, trumpet imitations, and unintentionally funny outbursts.  Her family would like to thank the staff at Richfield for their caring devotion.

There will not be a funeral service. Interment will be at Evergreen Cemetery in Milbridge, Maine.

A Memorial Tree was planted for Jeanice
We are deeply sorry for your loss ~ the staff at Simpson Funeral Home & Crematory, Peters Creek Road Chapel
Join in honoring their life - plant a memorial tree
Online Memory & Photo Sharing Event
Online Event
About this Event

Look inside to read what others have shared
Family and friends are coming together online to create a special keepsake. Every memory left on the online obituary will be automatically included in this book.
View Tribute Book
Share Your Memory of
Jeanice
Upload Your Memory View All Memories
Be the first to upload a memory!
Share A Memory
Plant a Tree
Contact