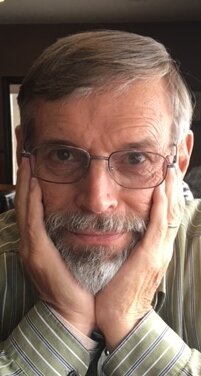 Please share a memory of Peery to include in a keepsake book for family and friends.
View Tribute Book

Peery Gibson, 69, of Roanoke, was called home on September 5, 2022. He was born on August 12, 1953, to Elmer and Mary Alice Gibson who trained him up in the way he should go, and who were heartened throughout their lives to see the man of faith and integrity he became.

Peery married Sharon Sutherland, daughter of Dean and Alice Sutherland, on August 1, 1981, and lovingly fulfilled the vows he swore that day throughout their 41 years of marriage. In addition to his wife Sharon, he is survived by; two children, Jonathan and Allison; son-in-law Chad; three grandsons, Chandler, Camden, and Crew; brother-in-law Ron, his wife Terri; niece, Erin (Mike) and nephew, Evan. He loved and cared for his children and grandsons, and thereby became to them a living picture of our Heavenly Father who is Himself love, and always love, to His children.

He graduated from Virginia Tech. He worked as a service tech with Homelite/John Deere. He was a sales manager at Harley Davidson. He was a faithful member of Faith Alliance Church.

In October 2016, it seemed the Lord was very soon to call Peery home, but his homegoing was not yet.  Six good years were still to come—albeit hard years given the rigors of dialysis—but those hardships did not diminish his faith or abate his zeal to serve the Lord. To the contrary, Peery created a ministry centered around a pamphlet he wrote titled, “The Ultimate Dialysis Treatment,” which focuses on the blood of Christ, and how it courses through the veins of all who put their faith in Him and trust Him to free them from the burden and dross of sin. That pamphlet is disseminated in dialysis clinics throughout the nation. Anyone desiring to be a part of that ongoing ministry may contribute to Faith Alliance Church, 7505 Barrens Rd, Roanoke VA 24019, in loving memory of Peery Gibson.

A private burial service was conducted at Evergreen Burial Park on September 7. A memorial service will be conducted on Sunday, September 18, 2:00 PM at Faith Alliance Church to grieve with hope, and to celebrate the fact that Peery is now face to face, foremost with Jesus, the author and finisher of his faith; but also, with that great cloud of witnesses which preceded him, who likewise believed in Christ and who live, even after dying.  Death is swallowed up in victory!

A Memorial Tree was planted for Peery
We are deeply sorry for your loss ~ the staff at Simpson Funeral Home & Crematory, Peters Creek Road Chapel
Join in honoring their life - plant a memorial tree
Online Memory & Photo Sharing Event
Online Event
About this Event

Look inside to read what others have shared
Family and friends are coming together online to create a special keepsake. Every memory left on the online obituary will be automatically included in this book.
View Tribute Book
Share Your Memory of
Peery
Upload Your Memory View All Memories
Be the first to upload a memory!
Share A Memory
Plant a Tree
Contact