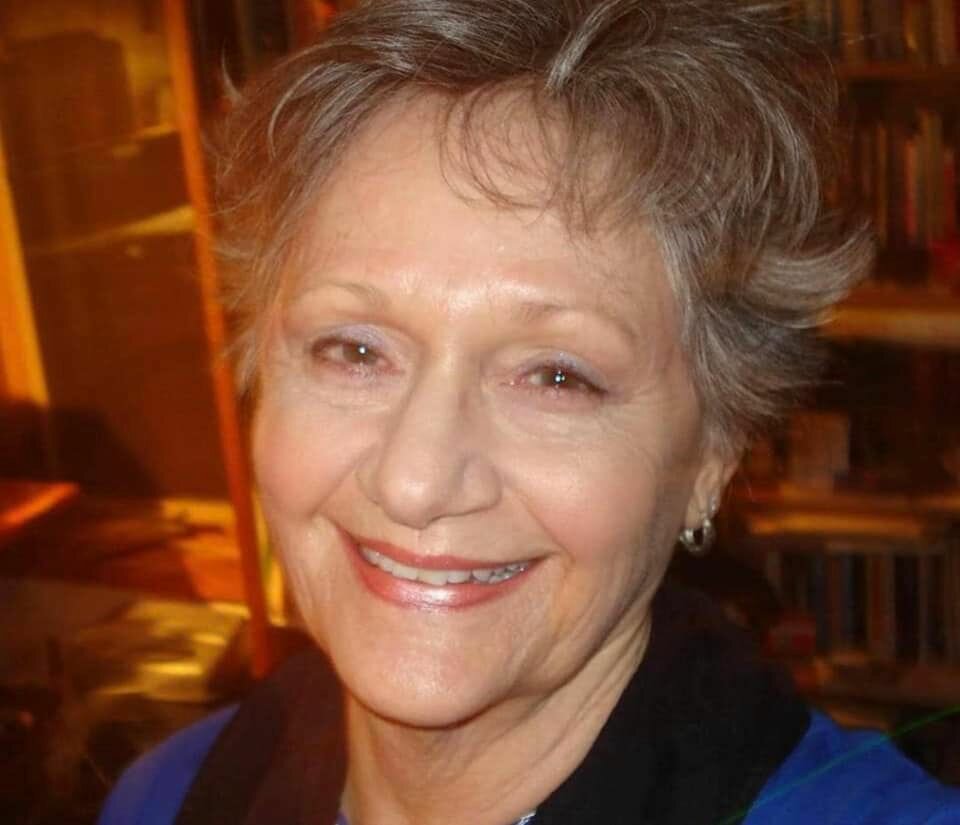 Please share a memory of Lacey to include in a keepsake book for family and friends.
View Tribute Book

Lacey Hunter Tadlock, of Roanoke, VA and formerly of Midlothian, VA slipped away from this life on August 4, 2022, no doubt escorted by her favorite composer J.S. Bach with the strains of Prelude in C Major playing in the background. She was born on December 18, 1939, in Cleveland, MS to James and Frances Hunter who predeceased her.

From birth through her late childhood her mother would dress her in petticoats and fancy dresses for the annual photography session while standing behind the photographer yelling, “Lacey if you’ll just smile, I’ll make you some fudge!” Thus began a lifelong devotion to chocolate. Lacey began playing the piano at a young age. Her love of classical music eventually led her to major in music and organ performance at Mississippi College. It was there that Lacey met John “Tad” Tadlock.

Following graduation, she worked in Jackson, MS as a secretary and he went on to seminary in New Orleans, but soon discovered he could not live without her. They were married in the chapel of First Baptist Church Cleveland, MS on December 16, 1961 and returned to the Big Easy while Tad finished seminary.

Lacey’s 40 year teaching career took her from the 9th Ward of New Orleans to elementary schools in Alabama, until finally landing in what was probably her favorite age group, the children of Winfree Memorial Preschool in Midlothian until her retirement in 2007. She loved the joyful curiosity, enthusiasm for learning, and feisty attitudes of her preschoolers, traits that mirrored her own personality.

Following retirement Lacey found a new calling as a teacher’s aide to the kindergartners at Fairfield Court Elementary School in Richmond. Although she had no experience in writing grants before, she was successful in securing full funding for a book program for students who had few or no books at home to begin building their own personal libraries.

Lacey was a voracious reader. Even after the limitations brought on by vision and hearing loss, with the help of her cochlear implant she was able to continue “reading” audible books. She discovered anew American history, both the good and the ugly, reading over 100 titles in the last 2 years.  When she wasn’t reading about presidents and other historical figures, she was following her beloved Chicago Cubs.

Lacey had a deep curiosity about people and their stories. She especially loved the people and ministries of St. Stephens Episcopal Church Richmond, which she credits with having reenergized and challenged her faith journey and loved her into becoming more fully herself through the Celtic Evensong services on Sunday evenings and their social justice outreach.

She was the proudest grandmother to Annie and Hunter Bell, and Zoe and Jake Tadlock. They were the alpha and omega of her universe. “Mams” created a magical moss garden for them, populated with stone figures of both St. Francis and The Buddha, just to cover all her bases.

In addition to those already mentioned, Lacey is survived by her children, Kristin (Victor Bell) and Kelly (Stacey); sisters, Beverly Hunter and Frances Hicks, and brother, James Hunter.

A service of thanksgiving to celebrate her life will be held on Saturday, September 10, 2022, at 1:30 pm at St. Stephen’s Episcopal Church, 6000 Grove Avenue, Richmond, VA. For those who wish to attend virtually, the service will be live streamed at www.ststephensrva.org/memorialstream

The family is being served by Simpson Funeral Home and Crematory, Roanoke, VA.

Lacey loved flowers and beautiful landscapes, but rather than spending money on these as a remembrance of her, she would want her friends and family to plant flowers in their own gardens, or play beautiful music, or read a book to a child, or watch a sunrise or sunset, and be fully present for the wonders of an ordinary day.

Look inside to read what others have shared
Family and friends are coming together online to create a special keepsake. Every memory left on the online obituary will be automatically included in this book.
View Tribute Book
Share Your Memory of
Lacey
Upload Your Memory View All Memories
Be the first to upload a memory!
Share A Memory
Plant a Tree
Contact