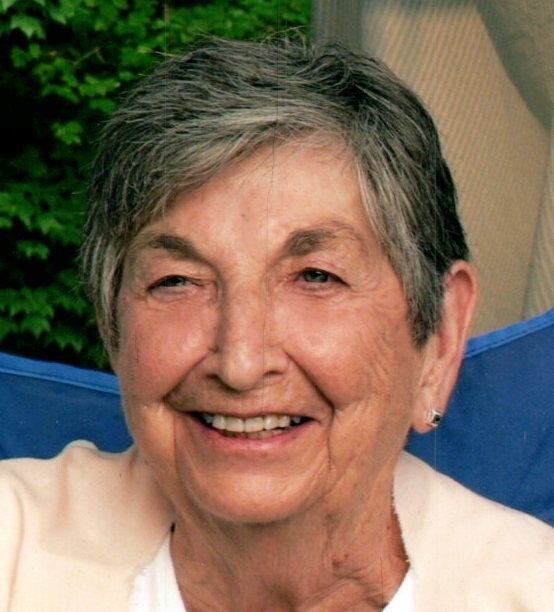 Please share a memory of Phyllis to include in a keepsake book for family and friends.
View Tribute Book

Phyllis Jean (P.J.) Hawley age 87, of Moneta, VA, passed peacefully into the presence of her Savior on Sunday, June 19, 2022. Phyllis was born on September 23, 1934, in the Blue Ridge community of Botetourt County, to Dewey and Effie Gray.

Phyllis loved the Lord, had a contagious laugh, and enjoyed quality time with her family and friends above any other activity. PJ was consistently faithful in her intentionality to bring extended family together for times of fellowship and made it no secret that these moments were among the most cherished. If you ever received a hug from Phyllis, you know that she made you feel like the most important person in her world in that moment. She was both an active and founding member of Smith Mountain Lake Community Church of the Brethren where she served tirelessly and was affectionately known as “the biscuit lady”.

Funeral services will be conducted 11 am with visitation one hour prior on Monday, June 27, 2022 at Simpson Funeral Home & Crematory, Peters Creek Road Chapel. Interment will follow at Blue Ridge Memorial Gardens.

Look inside to read what others have shared
Family and friends are coming together online to create a special keepsake. Every memory left on the online obituary will be automatically included in this book.
View Tribute Book
Share Your Memory of
Phyllis
Upload Your Memory View All Memories
Be the first to upload a memory!
Share A Memory
Plant a Tree
Contact