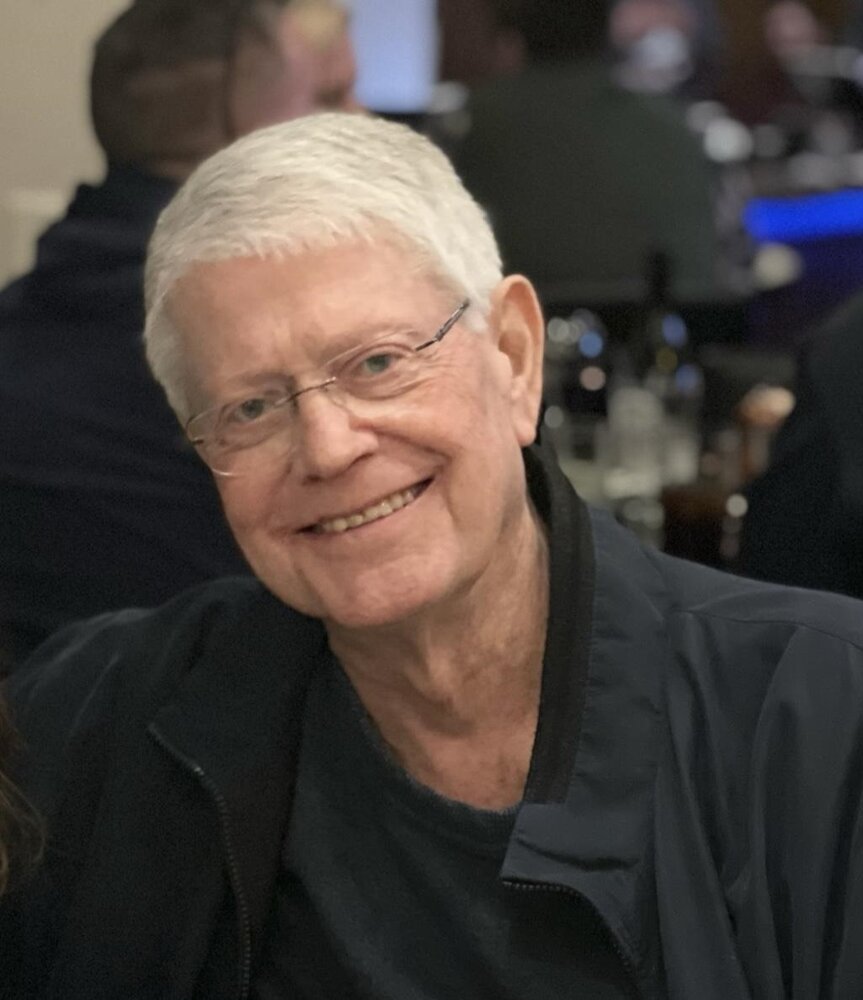 John Peter “Pete” McKnight passed away on Wednesday, May 25, 2022, at home surrounded by his loving family, following a valiant fight with cancer.

Pete was born the oldest of three children to C.A. “Pete” McKnight and Margaret Henderson McKnight in Puerto Rico, while his father was assigned there as a war correspondent for the Puerto Rico World Journal. He grew up in Charlotte where he worked in the summers as a photographer for the Charlotte Observer. This assignment led to a lifelong love of photography and provided opportunity for Pete to photograph a number of famous performers, including Elvis at the Charlotte Coliseum in 1956. That copyrighted photograph was later used in a book about Elvis and RCA records, much to Pete’s delight.

Pete had a successful career in advertising prior to embarking on a second career in residential land development. In 1998 he formed McKnight and Company, Inc., that led to the development of three subdivisions in Botetourt County of which Pete was very proud. He became active in the Roanoke Regional Homebuilders Association serving on many committees and as President of the Association twice. In 2012 he was named Homebuilder of the Year, and in 2015 he was inducted into the Roanoke Regional Homebuilders Association Hall of Fame. For many years Pete helped lead the Association’s Toys for Tots campaign providing toys to thousands of children throughout the Roanoke Valley Area. Pete also served multiple years on the Board of Directors of the Botetourt County Education Foundation Board playing a pivotal role in raising money to open the BTEC Advanced Welding Lab in 2015.

Pete took great interest in the lives of his family and friends, of which there were many. He enjoyed learning about people and building relationships. He will be missed for his intellect, his fantastic wit, and the way he connected with and supported those fortunate enough to know him. He was a realist who accepted that life was not perfect but deliberately chose to make the best of it.

Pete is survived by his wife, Lori; three sons, Pete (Danielle), John (Susan), and Andrew (Jennifer); two daughters by marriage, Amy (Sam) Curtis and Chasity (Chris) Means; and eleven grandchildren. He is also survived by his in-laws, Gillie and Ethelene Hudgins; his sisters, Carson McKnight Sarvis (Gilbert) and Colby McKnight Nicholson (Sam); and nieces and other extended family. His brother David McKnight predeceased him in 2017.

A Memorial Service will be held on Saturday, June 4th at 10am at Orchard Hills Church, 6032 Cloverdale Road, Roanoke, Virginia. In lieu of flowers, the family requests donations in Pete’s memory be made to RVSPCA or Toys for Tots.