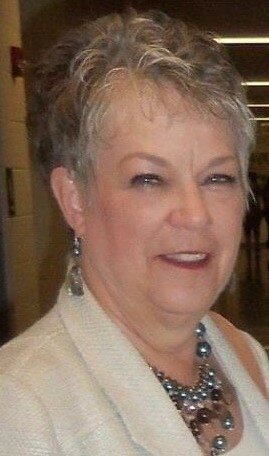 Please share a memory of Norma to include in a keepsake book for family and friends.
View Tribute Book

Norma Householder Quarles was welcomed into the arms of her Lord and Savior Jesus Christ on Thursday, May 12, 2022.  She had valiantly battled Multiple Myeloma for over 14 years.  Norma joins her father and mother William and Beatrice Householder in the next life. She is survived by her husband, J. Carson Quarles, her sister and brother in law, Brenda and Bob Evans, her adopted children, Sharon Q. and Donnie Hilliard, Tammy Q. and Tony Kelly, Wendy and James Quarles, Debbie Q. and Scott Seidel, her grandchildren, Tyler & Erika Kelly, Elizabeth & Charlie McMillan, Kendyl Kelly, Alan Hilliard, Sarah Beth Seidel, Jack Quarles, Hannah Seidel, Maggie Quarles, and Andrew Seidel; her great grandchildren James McMillan and Elowyn Kelly, her nieces Shane Evans Bemis and Hillary E.  and Casey Kerrick, and her great nieces and nephew Mackenzie Bemis, Jordan Bemis, and Ila Kerrick.  Norma has several cousins living in the Harrisburg/York area.

Norma was born September 23, 1949 in Harrisburg, Pennsylvania.  She grew up in Etters, Pennsylvania attending Goldsboro Elementary, Newberry Elementary, and graduated from Red Land High School in 1967.

She worked at Bank of Virginia and First and Merchants National Bank until she married J. Carson Quarles in 1982.  Then she began building a life and family that revolved around her love for her husband.

Her life was an adventure and testament of her faith and love for others.  Her love for her husband, Carson, was an inspiration to others, and her love for family was abundant.  She had a gift for hospitality.  Her home was open to all that ever entered.  She loved her dogs, Liebchen, Brandy, Missy and Mandy. She was an avid golfer and enjoyed playing with her family, as well as spreading her love for the sport.  She was a member of the United Methodist Church for many years, but recently was baptized at the North Roanoke Baptist Church by Pastor Daniel Palmer.  Her battle with cancer became an opportunity to minister to others.  She shared her faith, love, and her gift of hospitality with those that were patients beside her, doctors, nurses, and technologists that cared for her, and also to receptionists that scheduled her appointments there.  No one was a stranger to her.  Her kindness, courage, and bravery in treatment at Duke Medical Center under the care of Dr. Cristina Gasparetto, not only her physician, but a dear personal friend, was noted and admired by the staff there.  This admiration also extended to her management of care by the local team at Lewis Gale Clinic under the direction of Dr. Mark Currie. Her family wishes to express their gratitude to both of these medical teams for their loving care and medical guidance over the past 14 years.

To honor her memory, in lieu of flowers, we ask that you consider donating to any of the following charities:  Duke Adult Bone Marrow Transplant Center, Boykin Spaniel Rescue, St. Jude Children’s Research Hospital, North Roanoke Baptist Church, or any charity that you desire.