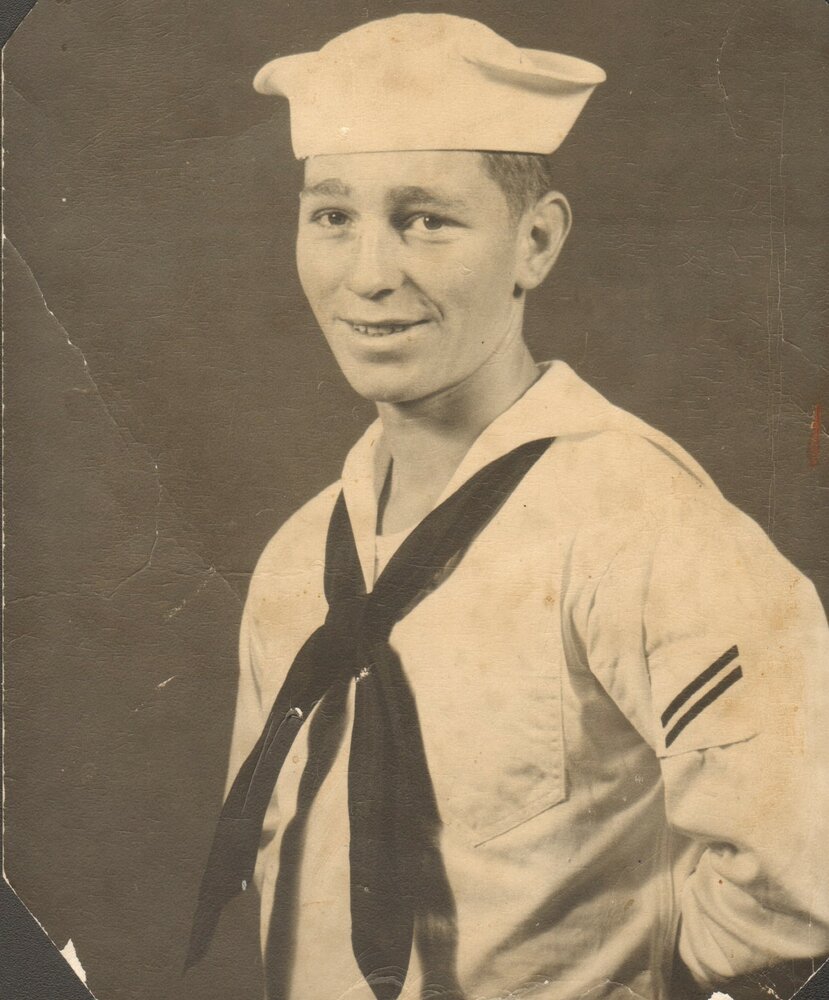 The pearly gates flew open on May 12, 2022 when James Linwood Abshire, 84, was called to his heavenly home and reunited with his true love, Margaret.

He was preceded in death by his parents, James Willie and Reva Willie Abshire, brothers, Herbert Abshire and Curt Abshire.

Also surviving are the two that could make him smile bigger and laugh harder than anyone: his first great granddaughter, Charlotte James Sanford and first great grandson, Brian Matthews Holland.

He held pride in what he accomplished in life and was proud to have served in the US Navy aboard the US Saratoga as a flight traffic controller and spoke frequently about the parts of the world he saw and experienced.

He was also a trucker through and through and loved his career with Pilot Flying J. He was the second driver ever hired by Pilot based in Virginia, and became the company's first lead driver. Jim drove for Pilot for 42 years without any accidents.

He loved his Lord and Savior and was a faithful member of Bible Baptist Church where he dedicated his service as a Deacon for many years.

This fiery redhead made his mark on this world with each encounter he made and anyone that met Jim was greeted with a smile, a handshake or hug, and a “bo or darlin” was sure to be heard.

He never met a stranger and his generosity to all he came in contact with made you feel like you were family immediately.  The world was a better place with him in it and now Heaven is so much brighter with this one of a kind soul finally home.

Special thanks to his baby sister Bonnie Ballard and husband Ron, Dreama Lyles, and his adopted granddaughter Tabitha Bailey for their loving care and support for him endlessly.  He loved you all with his whole heart.

Our saving grace during this entire year was his Good Samaritan team, Toni, Niki and Ginger, who were more than a medical team and quickly became our family through the amazing care they provided. Our gratitude and love for you all is immense.

We are so very proud to have come from you Dad and your legacy will live on throughout the countless lives you touched.  Kiss Mom for us.

There will be a celebration of life to honor both James and Margaret Abshire together on September 25, 2022 at the Vinton War Memorial 2pm to 5pm.