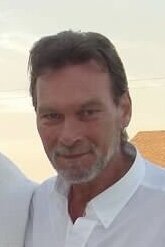 Please share a memory of Jackie to include in a keepsake book for family and friends.
View Tribute Book

Jackie Wayne Hayes, 67, of Roanoke , loving husband, father, grandfather, uncle and friend, went to be with the Lord on Sunday February 20, 2022.  He was the son of Thelma Holly Hayes and the late Earl G. Hayes, Jr.  In addition to his father he was preceded in death by his sister, Pat Flora.

Jackie loved spending time with his children and grandchildren by watching their ball games.  He also loved the Raiders, Hank Williams, Jr., horseback riding, bowling and cruising Williamson Road in his Mustang.  Jackie enjoyed volunteering and giving back to the community at the Oxford House that helped him many years ago.

Jackie was employed as a Master Electrician with Jarrett Electric for 30 years.

The family would like to extend a special thanks to the staff of Carilion Roanoke Memorial Hospital and Medi Home Health Hospice.

In lieu of flowers the family requests that memorials be made to the Wounded Warrior Project 4889 Belfort Road Suite 300 Jacksonville, FL  32256.

Look inside to read what others have shared
Family and friends are coming together online to create a special keepsake. Every memory left on the online obituary will be automatically included in this book.
View Tribute Book
Share Your Memory of
Jackie
Upload Your Memory View All Memories
Be the first to upload a memory!
Share A Memory
Plant a Tree
Contact