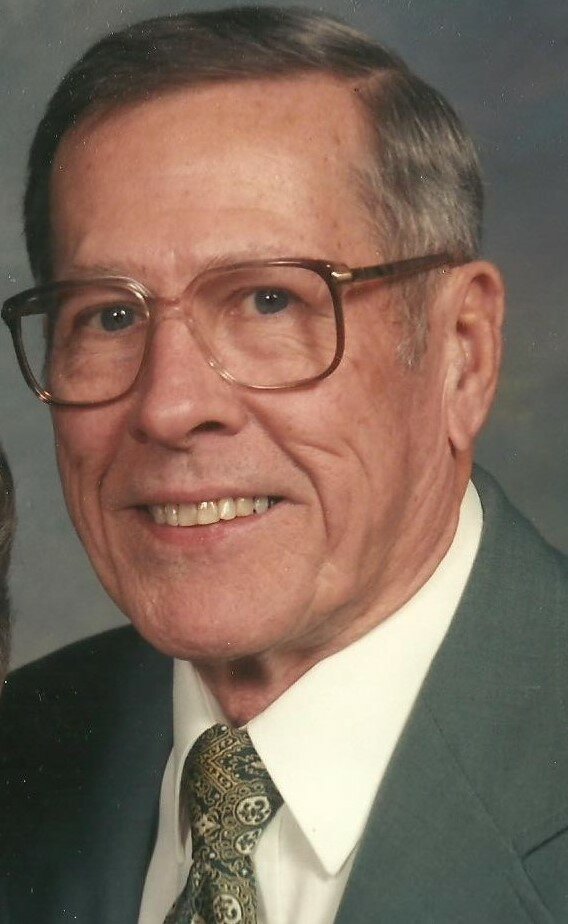 Duke was born December 12, 1927 in Eau Claire to Oliver and Georgia Books.  He met his wife, the former Ila Lue Hanson, when they played in the Eau Claire High School marching band.  They were married October 31, 1948 at Second Congregational Church in Eau Claire.

From his teenage years until his move to Virginia in 2016 Duke was an avid amateur radio operator ("ham") with the call sign W9GDW.  Few in the family escaped his influence and he eventually persuaded his wife, father, father-in-law, nephew, and son-in-law to become hams also.  Duke served as an "Elmer" to others outside the family, mentoring young men who then obtained their ham licenses.

Duke served in the United States Army and was honorably discharged in 1949.  In June of that same year he joined the Eau Claire Fire Department, where his father was chief.  Duke rose to the rank of deputy chief, retiring in 1982.

Duke enjoyed several other hobbies and interests, including astronomy, meteorology, computers and building and flying radio-controlled airplanes.  He and Ila used their ham radio skills to facilitate emergency communications in times of natural disaster, most notably after the 1958 Colfax tornado and the 1964 Alaskan earthquake.  In addition, they did "phone patches" enabling neighbors to communicate with sons who were serving in the Peace Corps in South America.

The family extends their profound thanks to the staff of The Glebe, and to Good Samaritan Hospice for their skilled and compassionate care.  We owe you a debt of gratitude we can never repay.

Services will be conducted on Thursday, January 27, 2022, at The Lutheran Church of the Good Shepherd in Eau Claire, Wisconsin.  Visitation will be at noon that day, followed by the Service at 1:30.  Burial will be in Lakeview Cemetery.

A Memorial Tree was planted for Duane
We are deeply sorry for your loss ~ the staff at Simpson Funeral Home & Crematory, Peters Creek Road Chapel
Join in honoring their life - plant a memorial tree
Share Your Memory of
Duane
Upload Your Memory View All Memories
Be the first to upload a memory!
Share A Memory
Plant a Tree
Contact