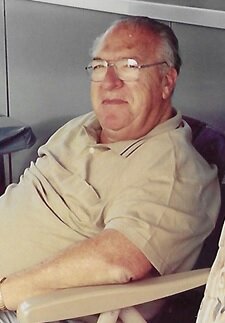 Thomas Lee Herndon, 81, of Roanoke, Virginia, celebrated his homecoming on December 31, 2021.  He was born in Kimball, West Virginia on March 31, 1940 to the late Rev. Frank and Lilly Herndon.  After high school graduation, Tom attended Bluefield College before proceeding to Virginia Tech (VPI at the time). He enlisted in the United States Air Force in 1962 and was honorably discharged in 1968.  Tom married Mary Ann Burrow on July 26, 1968.  Tom and Mary Ann celebrated their 50th wedding anniversary in 2018. Tom retired as an Engineer from General Electric in May, 2000.  Tom and Mary Ann spent their retirement years traveling by motorhome.

Tom was a member of Shenandoah Baptist Church.  In lieu of flowers, please donate memorials to the Faith Promise Offering, or to the Camp Eagle Ministry at his beloved church.

Tom had many wonderful lifelong friends, two of whom, Ken Myrick and John Dillon, he considered as close as brothers.

A memorial service will be held at a later date by his grandson, Pastor Ryan Whitlow, to celebrate that Tom is now face to face with his Heavenly Redeemer, Jesus Christ. Tom’s Christian faith was an essential part of his life which he regularly shared with others; that those who truly believe in the death and resurrection of Christ and accept Jesus as their personal Savor will indeed live again and spend eternity in heaven.

A Memorial Tree was planted for Thomas
We are deeply sorry for your loss ~ the staff at Simpson Funeral Home & Crematory, Peters Creek Road Chapel
Join in honoring their life - plant a memorial tree
Share A Memory
Plant a Tree
Contact