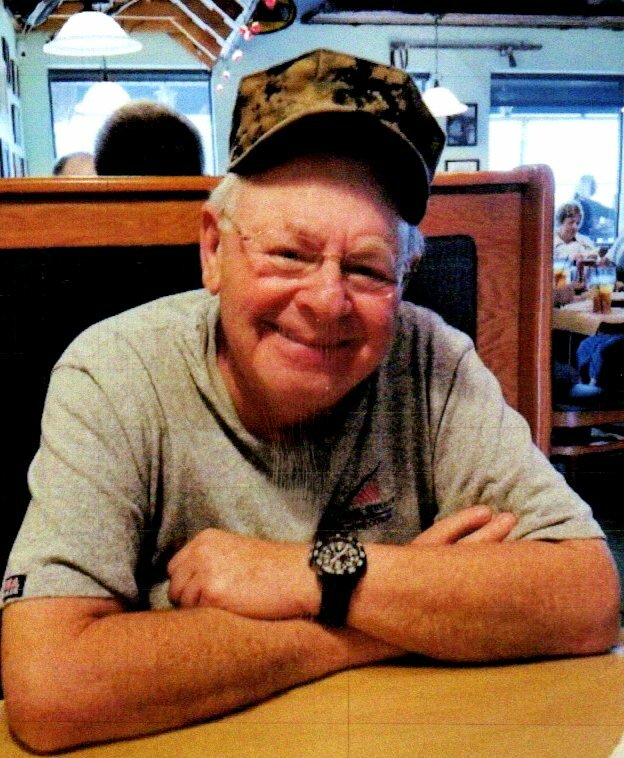 Another Marine has crossed the bar to Heaven to be with his Marine Corps Comrades and guard the streets of Heaven. Douglas Thomas Gresham died on Tuesday, November 9, 2021 after a hard-fought battle with cancer.

He was born on October 7, 1942 in Schenectady, NY. After graduation from Linton High School in 1960, Doug enlisted in the United States Marine Corps, serving in the far East with VMF(AW)114, as an electronics technician for the Douglas F4D Skyray. After leaving the Corps, he attended Roanoke College. There he met the love of his life, Elizabeth (Betty) Green. Doug had a varied career – including setting up the lab at Lewis Gale Hospital when it was built, piloting a corporate plane, performing experimental psychology at Hollins College, and troubleshooting as a computer technician. Doug’s avocations included building the family home, installing advanced stereo sound systems, having an extensive collection of 60’s and 70’s music, being active in the Marine Corps League, and making sports cars go faster.

Doug enjoyed his reputation as a “motor head” with the Blue Ridge Miata Club. He and Elizabeth considered the Miata Club members their second family.

He was predeceased by his parents, Douglas George Gresham and Jennie Varriale Gresham, his beloved Beagle, Josie, and Westie, Bailey.

A celebration of Doug’s life will be held at a later date.

The family would like to say a special thank you to the staff at Carilion Clinic Hospice for the love and care that was shown to all of them during Doug’s illness.