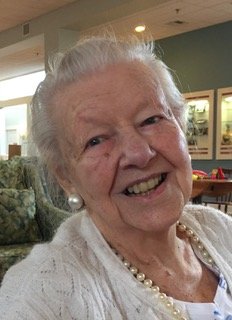 Dorothy Sophie Macuch McCracken, 97, widow of Eugene Francis McCracken, passed away peacefully on Wednesday, July 14, 2021. She was born in Fairfield, CT and was the daughter of the late Adam Macuch and the late Sophie Manto Macuch. She was also preceded in death by her brothers, Emil, Ladi and Rudolph Macuch; nephews, Donald, Peter and Jeffrey Macuch. She will be missed and remembered by her nieces, Linda Sherman (Jim), Judith Christianson, Darlene Franklin (Robert); as well as numerous grandnieces, grandnephews and other loving family members. Dorothy retired in 1982 after more than 37 years of service, from the Remington Firearms Company where she served as a Corporate Officer and Assistant Secretary of the Company. She was a member of the Remington/Dupont Pensioners Club, the Dorcas Mission Guild at Holy Trinity Lutheran Church, the Oronoque House & Garden Club and the Baldwin Senior Center. In lieu of flowers Dorothy requested that memorial donations be made to Holy Trinity Lutheran Church Building Fund, 406 White Plains Rd., Trumbull, CT 06611. Dorothy’s remains will be laid to rest beside her late husband in Bridgeport, CT in a private ceremony. Expressions of sympathy may be sent to www.simpsonfuneral.com

A Memorial Tree was planted for Dorothy S.
We are deeply sorry for your loss ~ the staff at Simpson Funeral Home & Crematory, Peters Creek Road Chapel
Join in honoring their life - plant a memorial tree
Print
Share A Memory
Plant a Tree
Contact