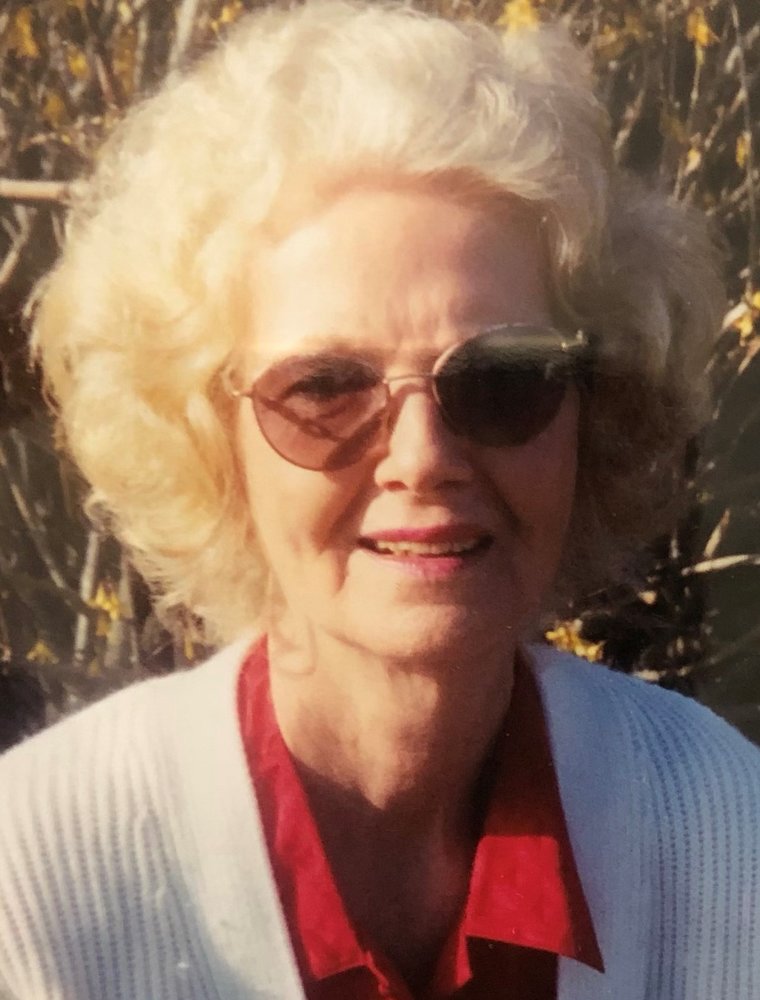 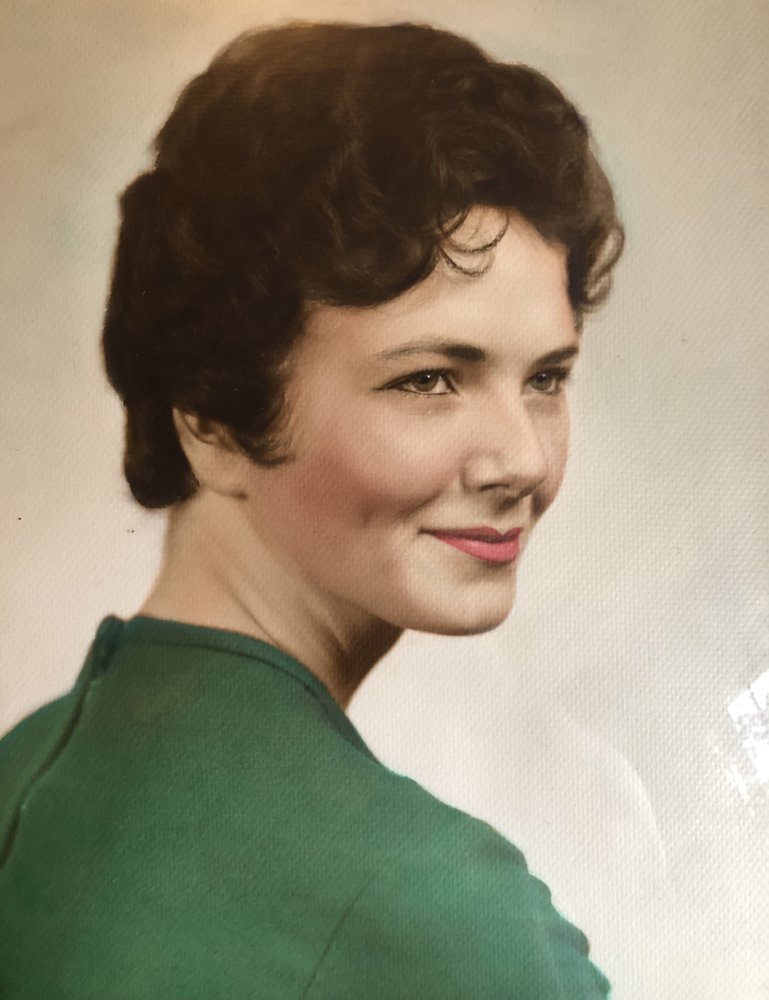 Alice Ruth St.Clair Varelos, 82, of Roanoke went to be with Jesus on June 9, 2021. She was born on February 24, 1939 in Botetourt County, Va. Although it was the depression in America and World War II raging, their family lived a life of shared chores, the older children helping with the younger ones. Church services if not at church they circled inside on “the Farm” and later called “the House”. Lots of laughter and well thought out meals when food was scarce, Alice learned a lot about cooking from her mom. We were never sure she had a love for cooking but she certainly had a knack for it and well known for cooking huge portions with an aim to please any and everyone later on with the meals she prepared. If you never liked liver, after Alice prepared it, you may have changed your mind. Hearty meals, true feasts. It must be in the genes because several of her grandchildren are often in the kitchen cooking & baking it up!

A polio survivor, the doctors stated she’d never walk again. But Alice was a fighter and lived to the fullest even at this young age, spending almost 2 years of quarantine in the hospital & home and had a complete recovery. She started walking with no braces and never looked back. She said it was a lonely, dark time but truthfully she felt she had God with her and the love and support of her family. She had continued pain in her legs and hips but it never stopped her from plowing on full speed. She adored all her siblings and always remembered her three brothers Paul, Jimmy and Eugene who passed much too early.

She moved to Roanoke in the late 50s where she met and married Michael Varelos. They enjoyed opening a couple of restaurants with him in Roanoke (The Manhattan and Mike’s Place). After that, they went their separate ways but always remained friends as he would join the family for all holiday dinners and birthday celebrations with the grandchildren. She continued on in the restaurant industry to provide for her family. Many may remember her from Little Chef, The Oasis and New Yorker. She couldn’t sit for long hours because of pain that lingered lifelong from polio but she never complained. She totally enjoyed walking all the time and being in a business where she met so many people. She lived a few years in the Grandin Road area and afterward the Williamson Road area for 51 years where she was blessed to have wonderful neighbors who were thoughtful and became 2nd grandparents to her children and some beautiful, lifelong friendships were made through the years with their grandkids and the neighborhood kids. She knew her children would play outside for hours in either the neighbor’s yard or at home and she didn’t mind all the friends coming and going anytime with one restriction “no running in and out!”. She loved working in the 1/2 acre garden (her first and last) for several years until one day her sister Ro called with the news Elvis had died who had been her one and only crazed teenage crush. She ran from the garden and after that she decided she didn’t want to mess with those veggies anymore saying “those potatoes can rot in the ground” but to be noted, Alice never wasted food nor did she pollute, not even a piece of gum thrown out the car window. As for the garden, all the neighbors shared plenty. She loved flowers but didn’t care for her flowerbeds so she took a crowbar and took out the cemented beds on two sides of the house and there was a cinder block chicken coop in the back yard that she said “I don’t know what I’m gonna do with this but we won’t be having chickens in here” and she took a crowbar to that too. She was a woman who took care of business on her own rarely asking for help but if she needed help all her brothers would come to the rescue. She was fiercely loyal, faithful, generous, loving, kind and independent. She was full of wisdom but never gave unsolicited advice. Alice taught her children early on all the good ways to be, to treat others as they would like to be treated, don’t hold grudges and to be forgiving. She instilled all these morals and values that are being lived through her children and will be passed down for generations. She never wanted anything in return, no strings attached. She liked to see people smile. She was extremely funny without trying to be and one of the last words she said “yes I know, everyone said I was Lucille Ball!” She was graceful and quiet spoken but don’t let that fool you. She would let you know if she meant business and was extremely stubborn. She loved home the most but she was appreciative of a couple trips with her children to meet their family in Greece and although she didn’t care for sand on her toes or amusement parks, she would do whatever she could to take them on many beach trips up and down the East Coast to include their dear cousins who traveled with them. Always an adventure, she’d manage to save money for these travels to include going to the West Coast for her daughter’s wedding and enjoyed a trip of a lifetime traveling the West Coast Highway 101 with her three children. She loved to sit on the porch for hours looking out into the field, watching the birds, animals and sunsets, talking to anyone who would sit out there but especially with Elaine. Plus many years of watching fireworks until the trees grew too tall to see. Taking her children on picnics even if it was by the wayside at the river or sitting on the carport picnic table grilling out on a tiny charcoal grill. Her children entertained her all the time by putting on shows along with their dog who decided she had to live with her and later on many dogs she adopted who showed up along with an adorable Tomcat in the later years who decided he was hers. Her children, particularly Angela and Nick, entertained her by putting on shows dancing around the house, dressing up the dogs and beating on pots and pans but she would continue to use those pots for years stating “there’s nothing wrong with them!” She blasted her stereo and danced around the house with her children through the years but there was also a time for quiet because she needed her sleep in order to work the next day. It was such a simple way of life with the delicious food, playing board games, badminton, croquet and fun music whether it was the blues, disco, country, hip-hop, rock, rap...she didn’t mind letting her kids listen to whatever they liked and she’d be smiling away.

Alice fell in love with Radio Mystery Shows in the 50s. She never cared too much for going to movies or Hollywood stars with the exception of going to the drive-ins to see a few Clint Eastwood or James Bond shows but mostly anything with Elvis no matter how cheesy they got. Her dad wasn’t pleased with her when she’d find a way to go see an Elvis movie and her then-husband would say “Alice who goes to a movie by themselves?” She’d say “Plenty of people!” and if no one wanted to go, she hightailed it anyway. She saw them all ... time and time again no matter how cheesy. Change of Habit was her favorite because he was “sexy” and she said Mary Tyler Moore was pretty cool in a nun’s habit. She appreciated Elvis’s love for God and respect for his mama. She had a huge heart and overlooked most anyone’s downfalls.

As she grew older and retired, she enjoyed any amount of time with her grandchildren and although she wasn’t crazy about watching tv, she’d watch Hallmark movies and whatever movies the grandkids liked. If they were happy she was happy. She never missed WDBJ 7 weather multiple times a day, could tell you any news happening in the local area or worldwide if you asked her. Although she didn’t attend church, she had a strong Christian faith. She said her parents had always taught them when all the siblings were young, if you can’t get to church just have it at home.

She didn’t feel the need to be anywhere else except for visiting family when she could.She also loved Wheel of Fortune, Jeopardy and detective shows plus had a love for reading which carried on to her kids. She especially loved mysteries and read all Mary Higgins Clark‘s novels to include reading a book in a day. Up until a couple weeks before passing she continued to read, work jigsaw & crossword puzzles, word searches and play Scattergories with her children & Grandchildren. She watched Sarah’s college graduation and Chloe, Rachel & most recently Victor’s high school graduation via internet and would’ve watched Katie’s and Alexis’s if she were to still be with us. She had an extremely sharp mind, her stories were hilarious and witty. She was quite hip to be 82. All three children were with her til her last breath and played a few of her favorite hymns and tunes and now she’s resting peacefully. She dedicated her life to her children and family. She is very loved and cherished by all her family and she would want everyone to know this. She wanted all her beloved family, her sister, nieces and nephews to know she loved them unconditionally. “Til the End of Times”.