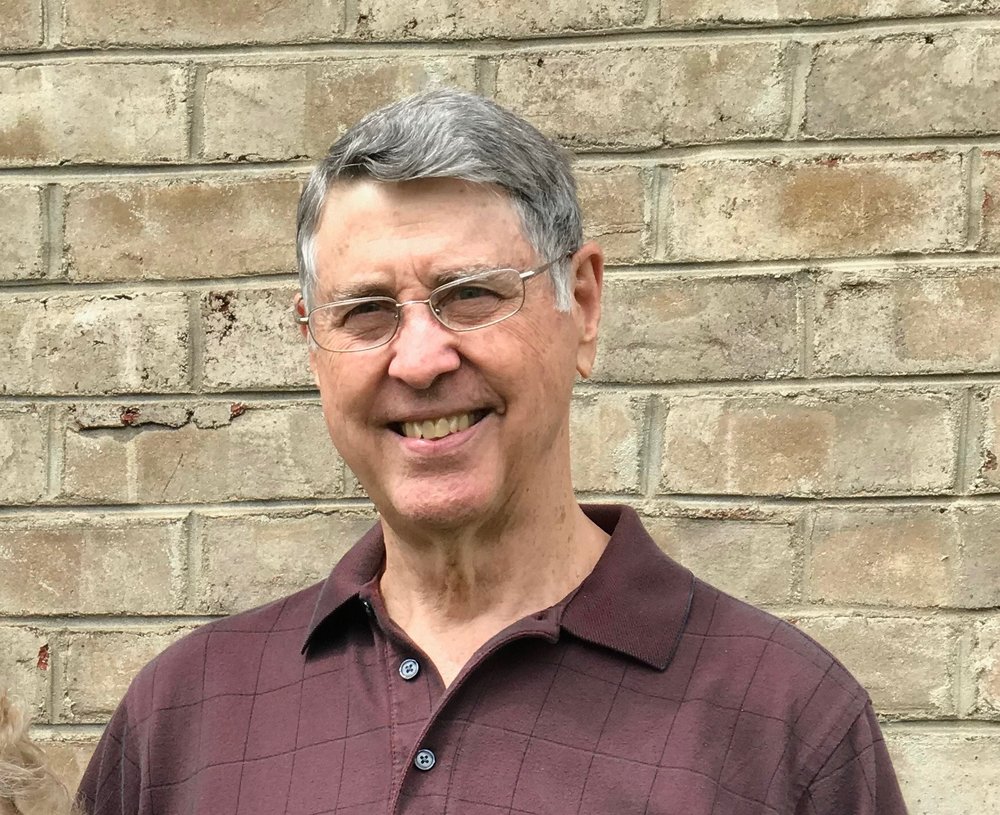 George Lester Young was born on December 23, 1940, and entered into eternal rest with his Lord and Savior Jesus Christ on April 26, 2021. George lived a full and blessed life. He grew up in the small town of Morral, Ohio with his brother David and sister Bonnie. George was tall for his age so he enjoyed many years playing basketball in high school. After high school, George took college classes and worked several years, until he was drafted into the Army at age 22 during which time he served as a Morse Code Intercept Operator. In 1967 George decided to continue his college studies and play basketball at Bluefield College, VA. While attending Bluefield he married Nancy Johnson in 1968 and later moved to Harrisonburg, VA to finish out his education at Madison College (now JMU). He eventually took a job for Rockingham Mutual Insurance Company, first in computer technology and then in management. In 1972 George and Nancy were blessed with twin children, Micah and Mary Anne, and in 1975 a third child, Karen. That same year, George was transferred by Rockingham Mutual to Roanoke, VA where he found a wonderful church home in Rainbow Forest Baptist. He worked for Rockingham until 1995 when he decided to take early retirement and accept a position as Church Administrator at RFBC. He served Rainbow full-time until retiring in 2004.

George also taught an adult Sunday School class at the church from 1986 until 2017 when he was no longer able due to his declining health. George suffered from Idiopathic Pulmonary Fibrosis for the last 4 years. A continual cough and difficulty breathing eventually grew worse and progressed more rapidly over the past 6 months, finally bringing his time on earth to an end and his new life with Christ in glory to full fruition. We are so thankful for George's life and his consistent testimony to family, friends, neighbors, and the community. George was preceded in death by his mother, Eileen (1985), and his father, Morris (1997).

A Memorial Celebration Service to honor George's life will be held on Sunday, May 2, 2 PM at Rainbow Forest Baptist Church with Pastor Mike Grooms officiating.

In lieu of flowers, the family asks that you please donate to Global Partners in Peace and Development (www.gpartners.org/gyoung), a wonderful organization serving the needs of many around the world. Arrangements by Simpson Funeral Home. (540)366-0707.