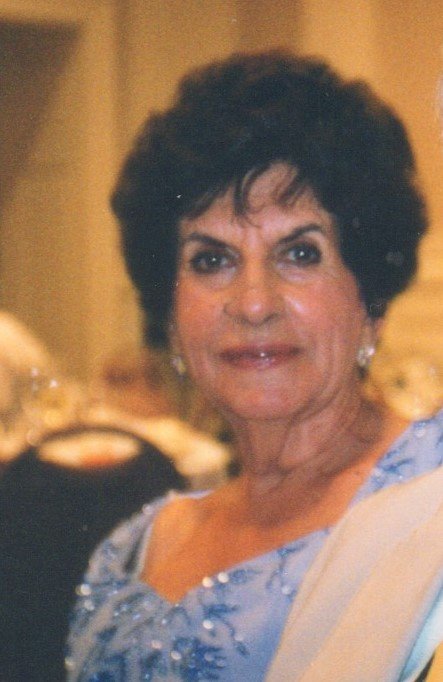 Pauline Theresa Epperly, 93, of Roanoke, passed away on March 29th at Friendship Manor Retirement Community after a brief illness.  She was a loving wife, mother, grandmother of six and great-grandmother of six, and aunt who will be missed by her family and friends.  She was born in Lawrence, MA the daughter of Abdullah and Ajia Hatem.

Pauline was a teacher's aide in the Roanoke City School System for more than 25 years.  She was a wonderful homemaker and active member of St. Elias Catholic Church.  Her life was typified by her strong faith in God and pride in her Lebanese heritage, the country of origin of her parents which she was able to visit for the first time two years ago.  And although she was a resident of Roanoke for nearly 70 years, she was a proud native of Massachusetts, which was evident by her Bostonian accent that she never lost.

She was preceded in death by Dennis E. Epperly, her husband of 60 years, her parents, four brothers and one sister.  Her immediate survivors include her children, Denise Goodrum, her husband Felix of Roanoke, and David Epperly and his wife Sawsan of Annandale, VA.  She has six grandchildren:  Sophia, Peter, Olivia and Cecilia Epperly; Derek Cundiff (and wife Christie) and Jon Reynolds (and wife Leslie).  She also has six great grandchildren, Alex, Christian and Julia Cundiff, and Anderson, June and Lillian Reynolds and several nieces and nephews.  She is also survived by her sister in law, Shelby Holden and her husband Fred of Kissimmee, FL.

A funeral mass will be held on Monday April 5th at 11:00 AM at St. Elias Catholic Church followed by a burial at St. Andrews Cemetery.  The family requests that in lieu of flowers donations be made to St. Elias Catholic Church, 4730 Cove Rd., NW, Roanoke, VA 24017 or to St. Jude's Children's Fund at https://www.stjude.org/donate/donate-to-st-jude.html. Arrangements by Simpson Funeral Home. (540)366-0707.