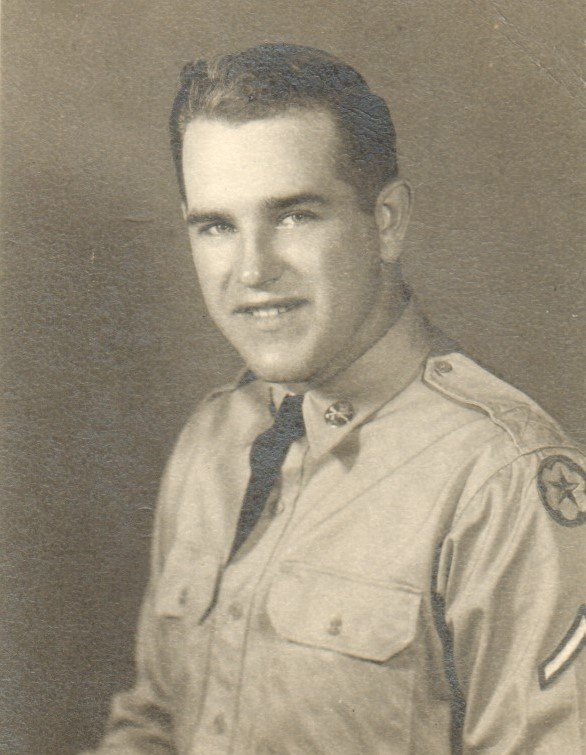 He graduated from Decatur Central H.S. in Indianapolis in 1953.  He joined the US Army in 1958 and was honorably discharged in 1961.  The discipline and patriotism he learned in the Army never left him.  He subsequently attended University of Miami where he studied Electrical Engineering, and he used that knowledge to develop several patents.  He worked for Roanoke Memorial Hospital for over twenty years and retired from his position as Director of the Biomedical Engineering Department in 1996.

Gene was an active member of Cave Spring Baptist Church.  Gene enjoyed hunting, spending time with his family, and caring for his home that he designed and built.  Gene was an exceptionally patriotic, bright, innovative, and loving man.   All the lives that he touched felt his love.

Gene had such a great sense of humor and loved playing practical jokes.  He was famous for replacing the golf balls of his teammates with ping pong balls and launching firecrackers during ‘tee-off.’

Gene is survived by his loving wife of 58 years, Beverly Wise Duggan, daughters Sherry Edwards, Jamie Duggan and Gina Duggan Schultz and her husband John;  grandchildren Brandi Christy (Gabriel), and Scott Brown. He was preceded in death by his parents Hazel and Henry Duggan along with his brother, Richard Duggan.