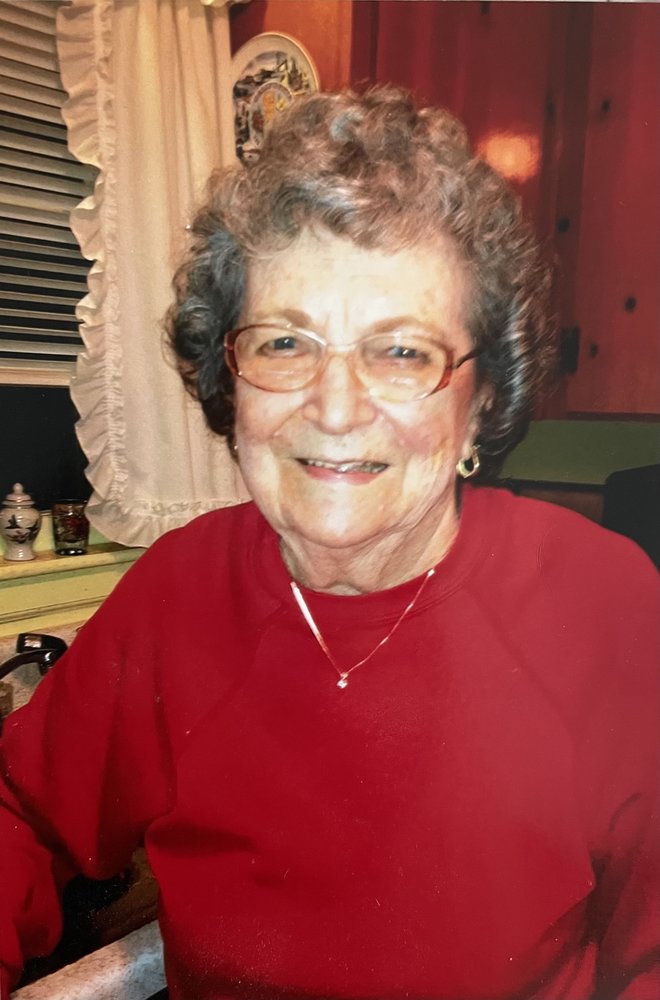 Helen Ledden, of Roanoke, VA, passed away peacefully on March 8, 2021, just 45 days shy of her 104th birthday. Helen was reunited with the love of her life, her husband George, and two of their children, DiAnne and Lynn.

Helen, the youngest of six children, was born on April 21, 1917, in Salamanca, NY. She and George were married on May 20, 1939, in Salamanca, where they lived for 15 years. George and Helen moved their family to Roanoke, VA in 1954, and built the home where Helen lived until her passing. Helen worked part-time for several years at the former Oasis Restaurant, but she was happiest managing her beautiful home and being a wife, mother, grandmother, and great-grandmother to her loving family.

She is survived by her son, Dennis (Emily) of Sequim, WA; daughter, Leslee of Fairfax Station, VA; grandchildren, Richard Corcoran of Kyle TX, Kat Corcoran (Jose) of Chicago, IL, Steven Corcoran (Marnie) of Tacoma, WA, Chelsea Bollea (Bill) of Los Angeles, CA, and Drew Bollea (Lindsay) of Charlotte, NC; and great-grandsons Cade and Crew Bollea of Charlotte, NC.  She is also survived by her niece, Joan Jedrzejek of Thousand Oaks, CA and nephew, David Schwalb of Dallas, TX, and her beloved dog, KC.  She was preceded in death by her son-in-law, Paul Bollea, and daughter-in-law, Betty Merle

A visitation will be held on Saturday, June 12 from 2-4 pm at Simpson Funeral Home, 5160 Peters Creek Road, to celebrate Helen’s strength, determination, and love for her family.  Fr. Anthony Ferguson will offer prayers during the visitation, beginning at 2:30.  Donations in Helen’s memory can be made to Meals on Wheels, Local Office on Aging (www.loaa.org).