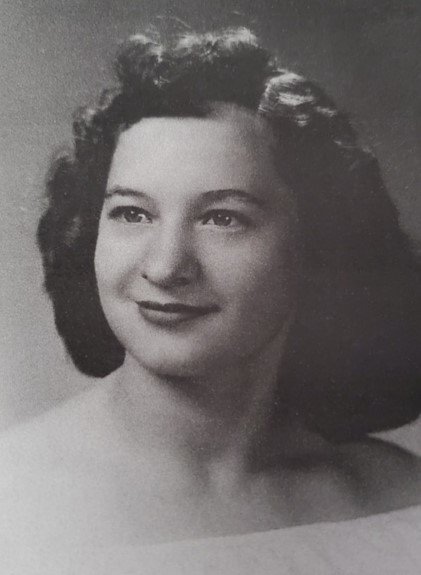 Betty Alphodine Rose Breeden passed from this life on Monday, January 4th, 2021, at the age of 87. Betty was born in Alleghany County, VA, to Harry P. Rose, Sr., and Bertha Florence Bush Rose, who preceded her in death. She was the 9th of 11 children (7 girls and 4 boys) born to Harry and Bertha, and she was the last living child, all of her brothers and sisters preceding her in death.

Betty graduated from Covington High School and worked at the Rose’s store in downtown Covington until her marriage to Charles L. Breeden, Jr., in August of 1953. She became a mother two years later and did not work outside the home until 25 years later, when she and her husband moved from Roanoke to their home town of Covington for several years. In a real twist, she took a job at the newly built Rose’s store (after being away for 25 years) and became the Stock Room Manager.

Betty was a longtime member of the Church of Christ, serving as women’s group leader and was also a Sunday and Vacation Bible School teacher. She loved cooking and baking, sewing, and other creative pastimes and church and gospel music. She will be greatly missed by her family and friends.

In lieu of flowers the family suggests that memorials be made to Disabled American Veterans (DAV).

Funeral services will be conducted 2:00 p.m. Friday, January 8th, 2021, at Simpson Funeral Home 5160 Peters Creek Road, by Michael E. Potter and David Rhudy, ministers. Interment will follow in Sherwood Memorial Park, next to her husband of 67 years. The family will receive friends one hour prior to the service. Arrangements by Simpson Funeral Home. 366-0707