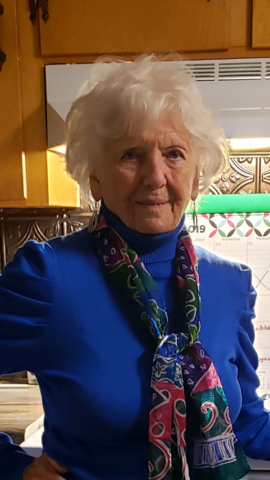 Obituary of Haskell B. Hartley

Haskell B. (Kackie) Hartley, 93, of Roanoke entered into her Heavenly Father's home on Tuesday, September 15, 2020.  She was preceded by her parents, Ray and Claudia Burton; husband, George Hartley; sister, Marie Chocklett; and brothers, Elwood, Donald and Douglas Burton; and a nephew, Michael Ridenhour.

Kackie retired from the C&P Telephone company at age 55.  She was a longtime and charter member of Shenandoah Baptist Church.  Her greatest pride and joy was her family. One of her biggest pleasures was taking them to Myrtle Beach every year.  Because of her marvelous sense of humor she was known for her ability to always find something to laugh about in any situation.  She was a great lover of nature (even when it was just observing from a window) and despite the pain of her recent days, she always remembered to say thank you.  God has truly received an angel into His kingdom of Heaven.