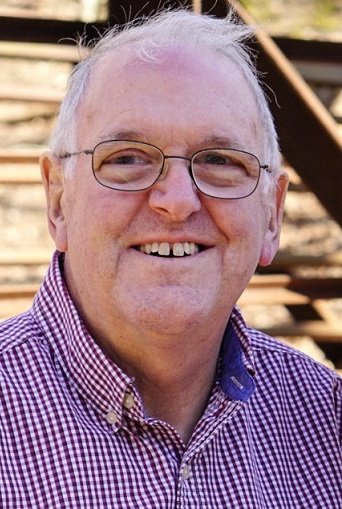 Wallace B. Newton, Sr passed away peacefully on September 8, 2019, after a brief but courageous battle with colon cancer.

Wallace, a life-long learner, teacher and history buff - known to most as Wally - was a devoted friend and loving husband, father, brother, uncle, and grandfather.

His interest in history was instilled early in life in Newport News, VA, surrounded by much of America’s early history. Wally helped on his family farm in Tabb, VA and in his family’s shoe repair shop in Hilton Village, before attending Virginia Tech, earning his BS and MBA in finance and business management.

Wally began his finance career at Newport News Shipbuilding, before a long career in banking. Moving to Roanoke in 2005, Wally began his consulting service to small businesses, through which he gained an extended family at W.S. Connelly and was warmly regarded as the “financial whisperer” throughout Southwest Virginia.

Early in his professional career, Wally felt a call to teaching. This passion which would see him teach at four Virginia universities and colleges, including the past 12 years as adjunct faculty at Virginia Tech. Wally played an instrumental role in helping countless Virginia Tech students choose their career path, prepare for job interviews, and start their business careers.  Wally developed and taught the Survey of Finance Careers course, which is now mandatory for every finance student at Virginia Tech.  Outside of class, he was legendary for his willingness to speak with students on the phone 7 days per week at almost any time of day or night to offer advice or a second opinion. He also served as the faculty adviser to Virginia Tech's Finance Club, which sponsored many events each year for students to learn about finance career opportunities and to network with employers and alumni.

Initiated through his brothers in Tau Beta Upsilon/Theta Xi, Wally leaves behind a legacy of service too long to fully list. He was proud of his service as President of the Richmond Jaycees, as a textbook co-author for the American Bankers Association, and as a co-founder or board member of numerous community technology, investment, and development groups. Wally gave back tirelessly to his alma mater, including roles with the Pamplin College of Business Advisory Council, Virginia Tech MBA Alumni Association, Virginia Tech KnowledgeWorks Business Incubator, and as a Hokie Rep.

One of Wally’s greatest accomplishments was his family. Married to Linda for 50 years, they met and married as teenagers and created a life that took them across Virginia to Florida and back. They could be found most fall weekends tailgating in Blacksburg and in the stands at Lane Stadium. Linda and Wally have two sons, the first bearing Wally’s name, the second Wally’s spittin’ image. Just last year, Linda and Wally became grandparents welcoming a granddaughter, Tessa, who he adored and who lit up at the sight of her Wally-Pop.

Wally was so proud of Berkeley’s service to his country, serving as a combat medic and de facto “doc” for his men at a forward operating base during the Iraq War, and later serving injured comrades evacuated to Germany for life-saving medical treatment. Wally and Linda were able to tour the beaches of Normandy with Berkeley, a fitting culmination to Wally’s interest in history.

Wally was equally proud of Andrew, who followed in his footsteps in business school, and has spent his career dedicated to investor protection. Wally traced the footsteps of Pickett’s Charge twice with Andrew, another cherished journey through history.

As only the most casual music fan, Wally impressed his sons revealing he stood on a chair and watched Jimi Hendrix in 1968 at The Dome in Virginia Beach. He tried to keep rhythm to Billie Jean with Linda and Berkeley at the Jackson’s Victory Tour in 1984. The following year he donned the requisite white t-shirt, tattered jeans, and bandana when taking Berkeley to the Born in the U.S.A. Tour. Wally also witnessed Paul McCartney sing Birthday at RFK Stadium on July 4, 1990, saw the Eagles on their blockbuster Hell Freezes Over Tour, and along the way saw The Beach Boys, Pat Benatar, and Elton John. He always enjoyed Don McClean’s American Pie.

Wally was also the curator of “Florida Songs,” a little-known musical genre of songs the family associated with its time living in South Florida. He was known to enthusiastically drum along on the steering wheel of his Buick to In The Air Tonight, the ultimate Florida Song.

The family requests in lieu of flowers, memorial contributions be made to Virginia Tech at http://www.givingto.vt.edu, or by check payable to The Virginia Tech Foundation, Inc. Checks may be mailed to: Virginia Tech Advancement (0336), Office of Gift Accounting, 902 Prices Fork Road, Blacksburg, VA 24061.

In making contributions, please write “in memory of Wallace (Wally) B. Newton” on your check, or for online gifts include this language in the Honorary/Memorial Gifts section.  Contributions are tax deductible.