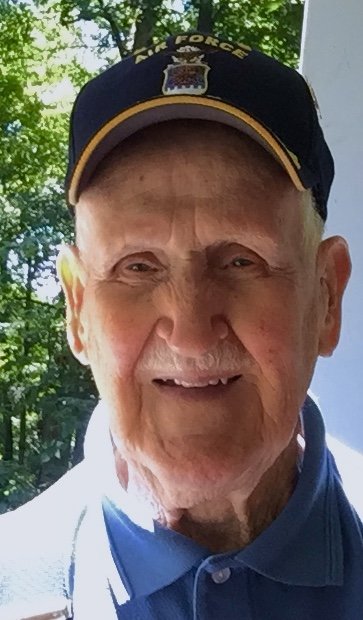 Bill joined the United States Air Force soon after graduating from Stotesbury High School, Stotesbury, WV in 1948. His military career included combat service during the Korean Conflict, as well as assignments to Spain, Canada, Nevada, Tennessee, South Dakota, Florida, and Alaska. After 20 years of service, he retired in 1968 at Homestead Air Force Base, Florida. Next, he began a new career in security with the Wackenhut Corporation, Miami, FL. He along with his wife, Bobbye, relocated to Marion, VA where he retired from Brunswick Defense Corporation.

A graveside service with military honor guard will be held June 7, 2019 at the Salisbury National Cemetery, Salisbury, NC. At 1 p.m. In lieu of flowers donations may be made to the American Cancer Society in his memory.

The family would especially like to thank the Virginia Veterans Care Center and Good Samaritan Hospice for the thoughtful care and support they provided. Simpson Funeral Home, Roanoke, VA is assisting the family.