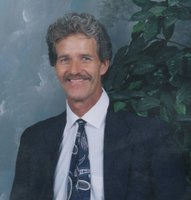 Daniel Yopp, 69, of Elliston, went to be with the Lord on Tuesday, June 1, 2021. Danny was a great husband, father and grandfather. He was a welder for John W. Hancock for 35 years. He also enjoyed Nascar, hunting and the outdoors.

The family would like to thank special friends, Richard, Becka and Lira Thornhill among others who brought meals and helped take care of Danny during his illness. Services will be held at a later date.